Over the past few days, Android fans have been complaining via Reddit and various forums that there's no silent mode in Android 5.0 Lollipop.

It's still there, but it's under a different name. In the latest version of Android, Google has made a few sound control choices that are ultimately more elegant, but might cause confusion to longtime Android users. There's evidence that Google regards the new way that sounds are handled in Android Lollipop as a feature, not a bug where Google simply forgot to include a silent mode.

You've now got three options for quieting your phone: None, Priority and All. The difference is that the None setting is no sounds at all; handy for doctors or other people who might want to keep their device on but completely silent. You wont receive vibrations, sounds, or a flashing LED light.

Priority is the old silent mode that silences almost everything except alarms and certain calls and texts you let through. All notifications is well, all notifications. 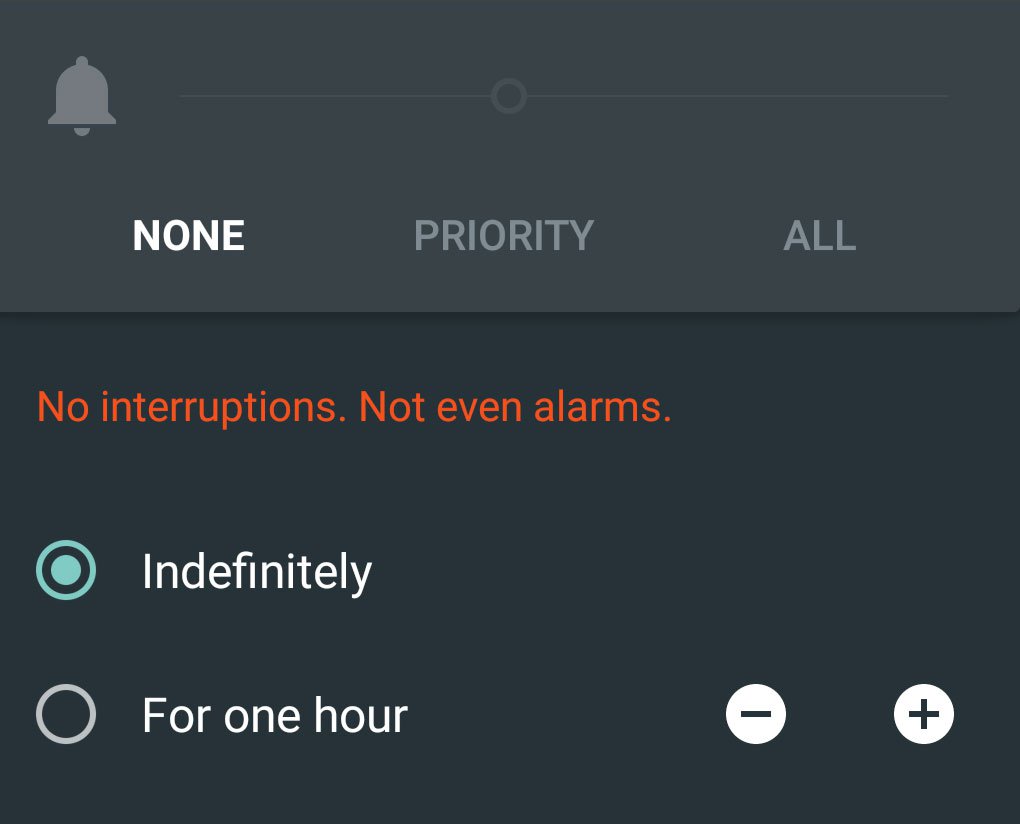 You can activate the various settings by pressing the volume rocker on your handset. None and Priority modes will now also give you a timed option; so if you want to turn off all sounds but might forget to turn them back on, you can simply set a timer for a few hours.

Still, there's a little bit of configuration needed to get your notification sounds working the way they used to. Priority mode means your device will still beep or vibrate with notifications you deem "priority," so you'll need to curtail those. When you set your device to priority mode, simply click on the gear icon to access settings.

To turn your phone on vibrate, turn the volume down to zero. A handy shortcut is to tap the bell icon in the top left corner of the volume pop-up, which will turn on vibrate (or revert back to your previous volume.) Unfortunately, long-pressing the power button no longer has vibrate or silent settings.

For instance, if you want to silence all notifications except for your alarms, here are the settings you'd need 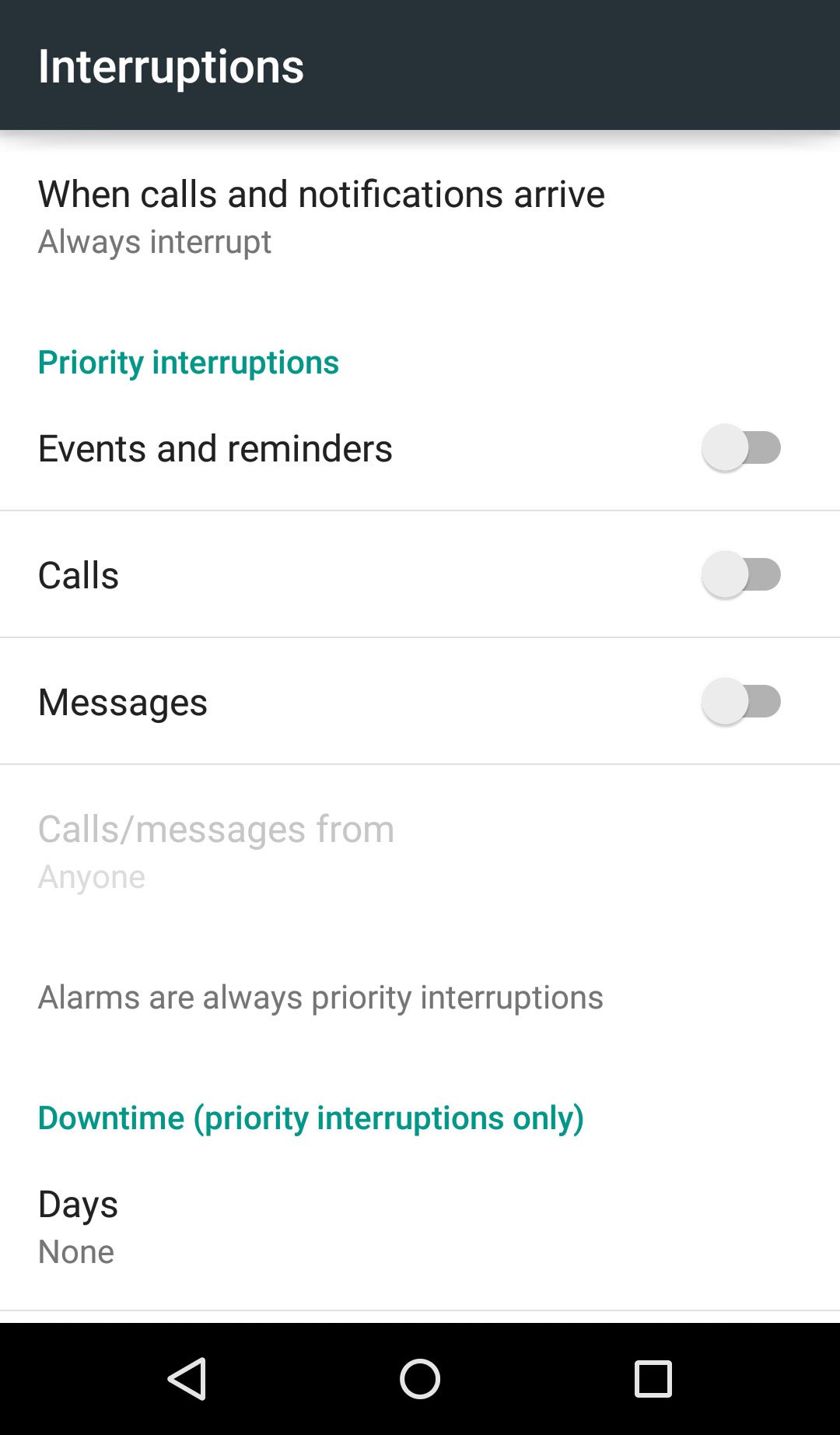 The new customization options make Priority Notifications into an Android version of the Do Not Disturb feature found on iOS devices. If you'd like to silence your phone when going to sleep at night, but dont want to miss calls from your spouse or mother, simply star their contacts and set your "downtime," like these settings:

When you're in either Priority or None mode, you'll get a little icon in your top bar that reminds you that you're missing notifications. Priority mode gets a little star, and None gets a no symbol.

If you find the new Google settings limiting, there are a number of third-party apps that can help. But be careful; many of them don't work with the new ART runtime in Android Lollipop, so you might have to revert to the old Dalvik runtime or wait until the apps are updated.