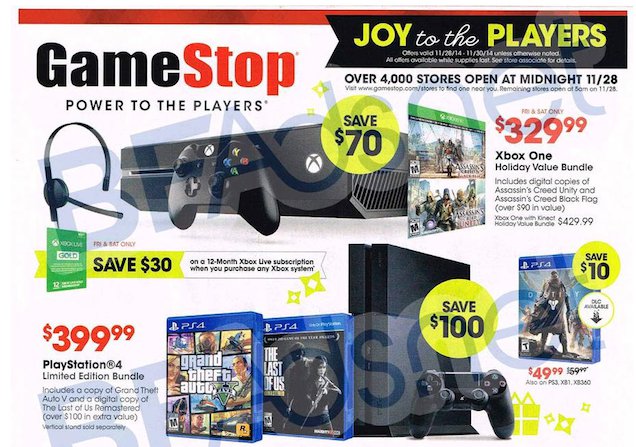 GameStop's Black Friday ad has apparently leaked, spilling dollar-saving deals all over the Internet's floor. The retailer will reportedly offer the Xbox One holiday bundle that includes Assassin's Creed: Unity and Assassin's Creed 4: Black Flag for $330, as well as the PS4 limited edition bundle with GTA 5 and The Last of Us for $400.

As for individual games, GameStop will feature deals on Alien: Isolation and EA's sports games such as Madden 15 and FIFA 15 ($40). Also on sale are The Evil Within, Sleeping Dogs and Middle-earth: Shadow of Mordor ($30 each) as well as Metro: Redux and Murdered: Soul Suspect ($25 each). BFAds has the full leaked ad ready for your perusal, thrifty spenders.