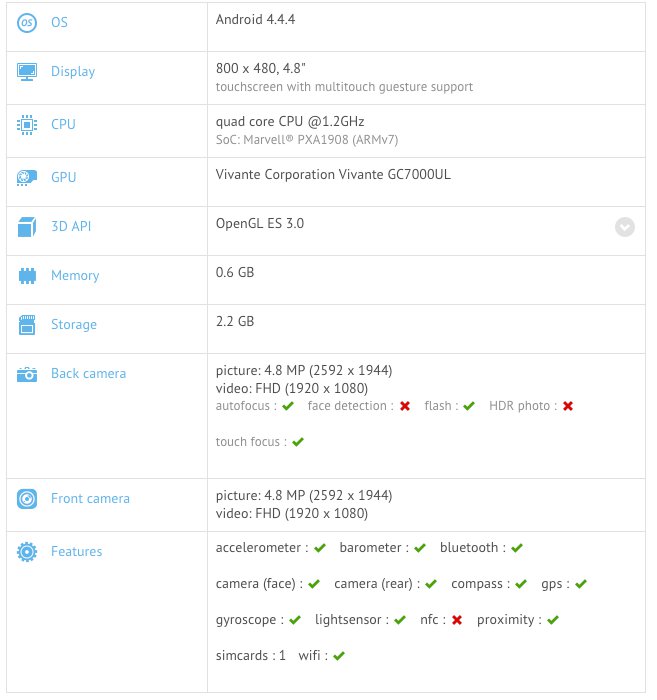 Samsung SM-J100F, a smartphone that has been caught like a deer in the headlights on GFXBench, where most of its purported specs can be seen.

It got a resolution of 480*800 pixels (resulting in a pixel density of 194ppi), a 64-bit, quad-core Marvell PXA1908 chipset, humming at 1.2GHz, a Vivante GC7000UL GPU to take care of graphics, probably a gigabyte of RAM, and 4GB of native storage. In addition, Samsung has graced the SM-J100F with a duo of 5MP cameras, one at the front and the other at the rear, both of which capable of recording a regular 1080p video clip. Android 4.4.4 KitKat is powering the SM-J100F, most probably with TouchWiz on top.

This is hardly the sole Samsung device that we've recently heard of. The Samsung SM-E500F also got caught in the wild recently, hinting us that the giant might have a whole new low-end device family.