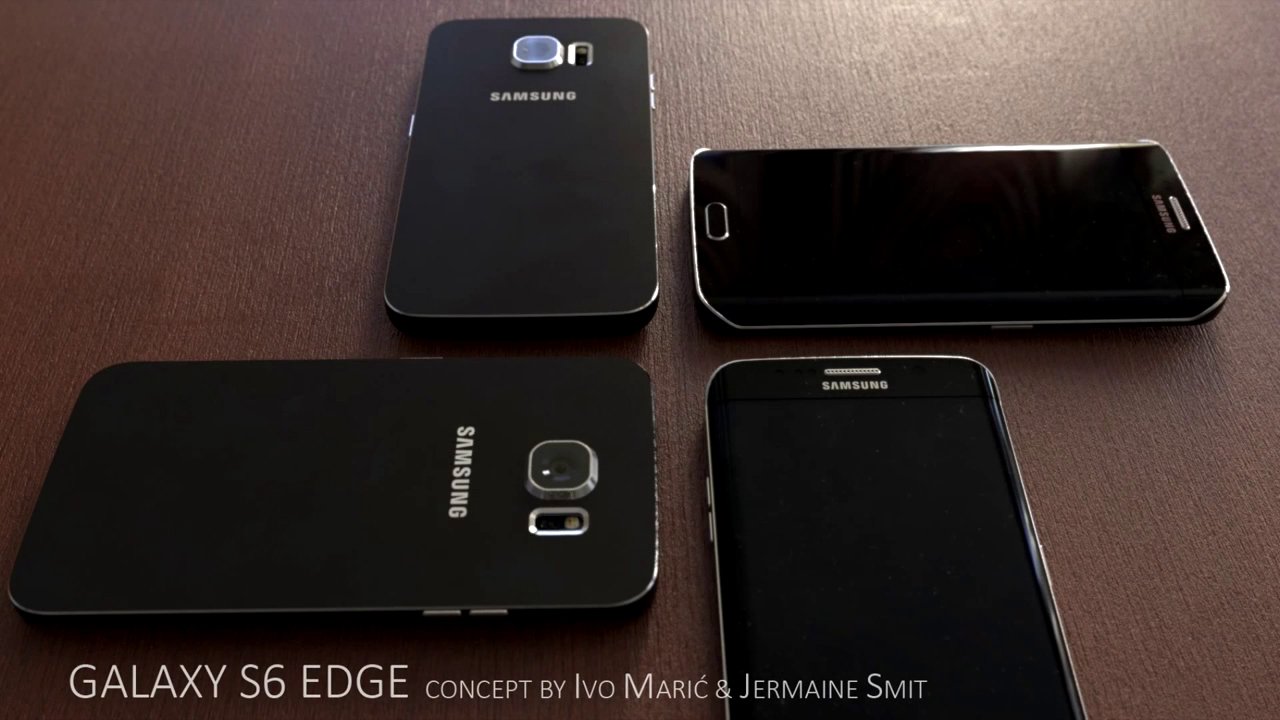 The upcoming Samsung Galaxy S6 has been the inspiration behind a number of renders over the past weeks. Today we’re being treated to another take on the matter and this time we get both the Galaxy S6 and its Edge variety side by side.

Created by designers Ivo Maric and Jermaine Smit, the concept video sums up all the available information, that’s become public so far. The 6.9mm thin profile with a surrounding metal frame and glass back both add up to a hot looking body. The unsightly bump for the camera lens was unfortunately unavoidable with such thin waistline. The new flash/sensor arrangement has been the least disputed feature of the upcoming top-tier smartphone, confirmed by numerous leaks.

Blending the Samsung Galaxy S6 vision with the existing Galaxy Note Edge results in the Galaxy S6 Edge concept. The special brother to the upcoming flagship has been less keen to show up in leaks, but the artists have closely followed Samsung’s design language, and are unlikely to be off by much. A possible solution for a wireless charging station has also entertained the designers’ imagination.

With MWC less than 10 days ahead the wait is almost over. We’ll finally get to see the highly anticipated flagship duo at Samsung’s Unpacked event on March 1.