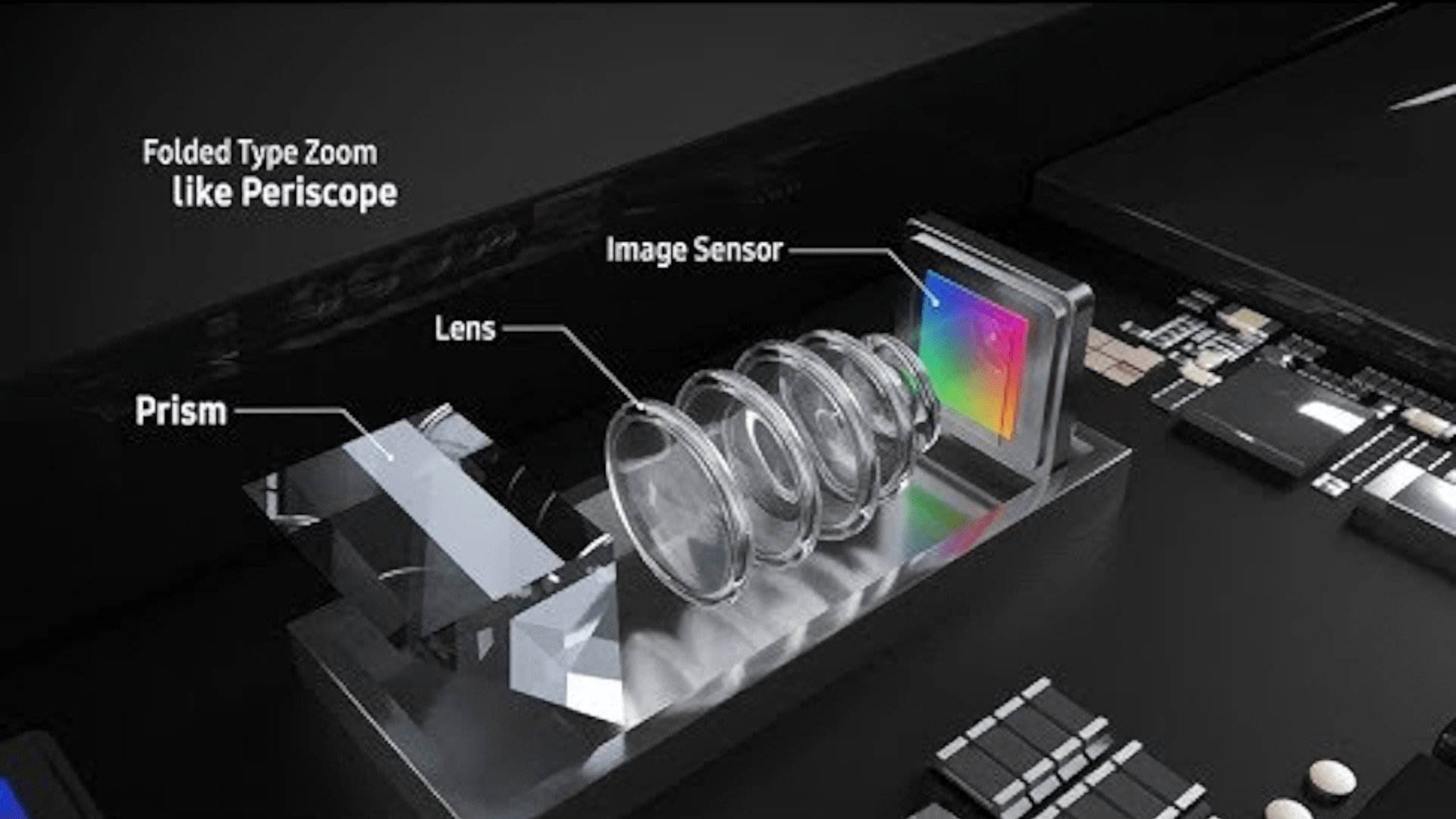 Samsung just launched the Note 10 and we are still several months away from the launch of Samsung Galaxy S11 series, but that has not stopped the rumor mill from spinning out some early details about the next flagships.

According to a recent report from South Korean tech news outlet The Elec, the Galaxy S11 series will debut with a 108-megapixel camera with 5x optical zoom. The module is most certainly the one Samsung began mass-producing back in May and utilizes a periscope design. As the name suggests, this design places the lenses lying sideways in the phone and then uses mirrors to direct the light from the lens to the sensor.

A periscope design maximizes the allowed space to be used for optical zoom, while at the same time prevents the phone from getting any thicker. Unlike digital zoom, optical zoom offers a much higher quality by not cropping down on the image to get closer. However, the optical zoom requires more distance and lens elements, which makes placing it in a slim phone problematic. Hence the creation of the periscope style cameras that are being used today.

While this would be the first time a Samsung flagship uses a periscope style zoom camera, it is certainly not the first phone to do so. Previously, we've seen Chinese brands such as OPPO and Huawei use this same style of the camera in their phones.

Furthermore, the report claims that the new 108MP sensor is the same one that Samsung introduced at the beginning of August. This ISOCELL Bright HMX sensor measures 0.8-micron and Samsung claims the imaging results will be comparable to those of a high-end DSLR camera. The manufacturer says that in low light settings, the sensor will churn out bright 27MP shots.

Samsung Electro-Mechanics published the above video, which shows the new sensor in action. The module comes with a thin 5mm profile which will allow it not to protrude too much from the back of the phone. Furthermore, the OIS functions are integrated into this new module. Worth noting that those are just speculations at this point. However, makes sense for Samsung to debut their new camera system with next year's flagship S-devices.

The report also mentions that the Galaxy S11 will come with a quad-camera setup. Given what we know about the Note 10+, we can assume Samsung will use a similar setup including the main camera, ultra-wide camera, telephoto camera, and a ToF sensor.

With the use of a periscope 5x zoom system, Samsung's next year's flagships will be more aligned with what is seeing in some Chinese flagships. The 108MP shooter along should capture impressive photos, the addition of an optical zoom system may further improve details in some pictures. This would be a significant jump over the 12MP sensors it currently uses in its Galaxy S and Note series of phones. The 108MP camera sensor was designed by Samsung in partnership with Xiaomi, and only time will tell if it will actually find its way into the Galaxy S10 successor. As we previously stated, it is to soon to make conclusions.