Finally the Samsung Galaxy S II is on our hands, its fast, thin, light, and the screen is enormous and it never failed to impress us. We can call it as a One of the best Android smartphone yet. Samsung clearly wanted to concentrate somewhere else and the only thing that would make a company divert its attention from its most successful smartphone ever, would be its successor. It runs on Android 2.3 Gingerbread operating system, its equipped with an 8 MP camera, and can record videos in 1080p Full HD, another 2 MP camera in the front for video calls and self-portraits.

A 4.3-inch WVGA Super AMOLED Plus display, a dual-core 1.2GHz processor, 1GB RAM, 16GB of inbuilt storage with an micro SD card slot, 8 MP camera on the back with LED flash, and usual set of connectivity options like Wi-Fi, GPS, Bluetooth and so on. it got NFC chips as well. Now the US models has the roundest shoulders, and biggest differentiation is removable battery cover. The entire device is soft touch and feel. We are happy with the resolution on the device; viewing angles are as close to 180 degrees as you can get the pictures are gorgeous. The upper right got the power button, the micro USB port is on the bottom, the volume rocker is on the upper left, the 3.5mm jack is up on the top. 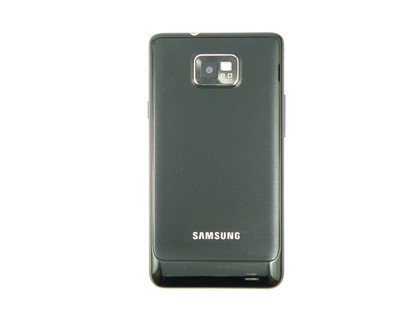 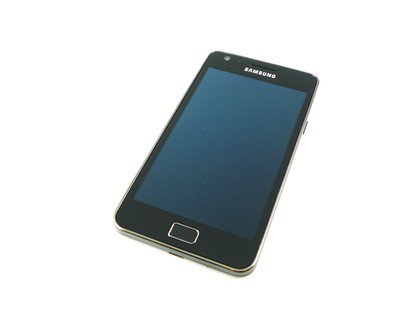 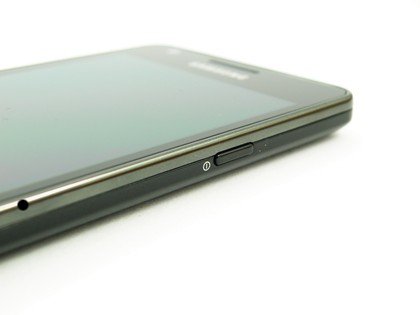 It measures 0.37-inches thick, but chubs up to 0.45-inches at chin. You are looking at 2.7-inches across and 5.1-inches tall. It weighs 138g according to our scale. It makes room for 1,850 mAh battery, a quad-band GSM plus tri-band UTMS, most certainly includes HSPA+, and also includes Bluetooth 3.0, Wi-Fi 802.11 a/b/g/n. The phone is DLNA capable for HD video streaming, if you have compatible hardware, but the phone lacks the mini-HDMI port found on many higher end models lately. 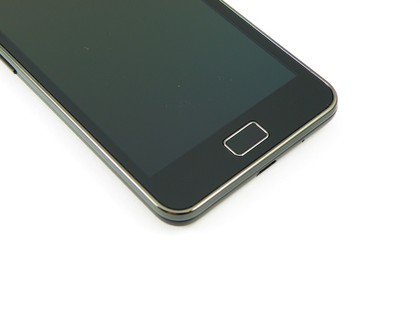 With 90% of the smartphones last a day long battery; its a nightly charge if you dont want to end up with a dead device. This is not so good news is if you are playing with Samsung Galaxy S II as time as we were on 3G watching videos, whacking out some maps with GPS, reading books, pushing mails and playing games then you will be lucky to get 10 hours of battery life. In fact using a device a lot makes the battery run down quickly should not be a shock to any human being. Either its dual-core or Android 2.3.3 making things more efficient, but if you are away for the weekend and forget your charger, you can definitely use S2 as a calling and texting tool the entire time you are away without worry. The NFC capability is the one we were looking forward to testing out and it seems good, HDMI mirroring is also included through a micro USB cable- some TVs are also able to support charging using this method.

The Galaxy S II has been world-renowned for the excellent camera assembly poking out the back, and this latest version does nothing to detract. Its the same 8 MP sensor and other guts we have come to know and love elsewhere and performs admirably. The camera is quick and responsive, quick auto-focus, resulting pictures are also fantastic. Shutter speed is slightly above average with around 4 seconds between shots at maximum resolution if you are taking a few quick in succession. Video has the same, contrast rich-look, and records great looking footage 1080p, with plenty enough pixels to keep your new HDTV sated. It is really quick to adjust focus for subjects near or far, but we did notice a focus-hunting. Exposure and white balance can all be calibrated manually to ensure you are getting the best resolution, and touch to focus will also alter the brightness of the scene, also this will revert back once you have let go. A video light is also included for darker scenes hurt things a little bit when it came to auto-focus. The dreaded CMOS jelly-vision effect is very noticeable here, so you will want to keep a steady hard while filming any sunbathing pooches.

No surprise the Samsung Galaxy S II is running Gingerbread, but its highest numbered version of three, offers 2.3.5. The TouchWiz, you can find many customizations here, includes a variety of gestures for navigating through the OS and gallery and a variety of helpful desktop widgets for things like power management and road traffic. There is also customized applications list, makes it easy to create folders and groups of applications within the full list, there is a useful for hiding some of the bloatware that this guy comes installed with. The music player on this device is pretty impressive, with 5.1 virtual surround sound making it easy to improve quality of tunes you are listening to. The simple ability of having music control widget in the notification bar menus you can easily switch between tracks no matter where you are in the phone.

The video player gets its own applications this time around, and its an easy to use system indeed. The screen is so clear it feels like it could cut your eyeballs, through some movies came out a little orange, its easy to tweak such problems in the settings menu. The FM radio is worth nothing, as its highly sensitive and works pretty well in normal use. Big Magenta has pre-installed apps, like 411 and more for finding information and name id for displaying information who is ringing you. There is obviously a selection of media apps, like TV, the later which helps you sync media manually. There are couple of games that you wont care about, Qik video chat is pre-installed. The Google maps are excellent and doesnt need a competitor on these sort of devices. The new 5.0+ Google Maps application runs faster, with elements like vector based graphics zooming in and out with no hint of slowdown. The sat nav functionality was equally impressive, the compass was more accurate. The pre-installed apps are pretty good, from the BBC iPlayer to the standard Android calendar. 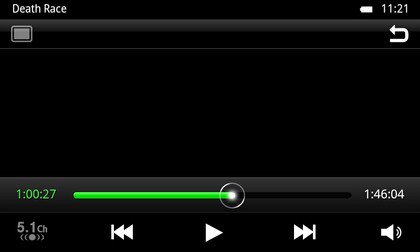 Polaris Office, a fully functional document suite, with support for both viewing and editing documents. Samsung has placed a Google Voice rival on the S2 allows users to tap a big blue button and speak to open contacts, mail, music, navigation and more. The Astro file manager placed its own version on the app, easy to find the files you have lost. There is a Photo/Video editor, you can slice up a video and add a theme and photos and transitions and music and so on. The photo editor can crop, flip, color fix and even smart select objects within the photo, which improve the quality of your photos. A simple app that makes it easy to uninstall applications, shutdown the ones youre no longer using and clear the phone out completely and reboot the amount of RAM available to you. There is a mini diary, in which you can take a photo and put it in a diary, write where you were or use GPS and say something funny about it. Of course there is plenty of applications available for you in Android Market and Samsung Apps.

The phones benchmark show its speed, a quadrant score of 3582 burns the Motorola Droid Bionics scores down in the 2400 range. In Linpack, the Galaxy S II scores 93.4 MFLOPS in single-threaded processes and 53.87 MFLOPS in multi-threaded ones, the highest score we havent seen recently. In Antutu System Benchmarks, the device performance score was 3721 burns the LG Optimus 2x down in the 3413 range. Antutu measures an Android devices CPU performance, 2D and 3D graphics performance, memory speed, and internal and external storage read/write speeds. It combines results of each test and gives the device final score. In terms of network performance this is a 42.2 Mbps HSPA+ device, we have seen test results showing 20-25 Mbps down and 2-3 Mbps Up, obviously it depends upon the network strength you are having. The SunSpider 0.9.1 JavaScript benchmark gives a good impression of how quickly a modern web page will load and respond delivered an astonishing 2,407ms.

It is quite good and quicker in web browsing and some other situations, but when it comes to gaming and multimedia its a bit slower. The overall result is buying this one over the others its going to have to be on its other merits. It got most outstanding aspects, screen, size and weight, blazing fast with useful TouchWiz overlay, and the call quality is pretty good. It has git niggles, but they are far outnumbered by the overwhelming positives in its favor. It is one of the best Android Smartphone on the market and depends upon how you feel about Android and what we can say about this is its smashed the competitors of Android smartphones, recreated it in its own image and put it out of reach of the competition.