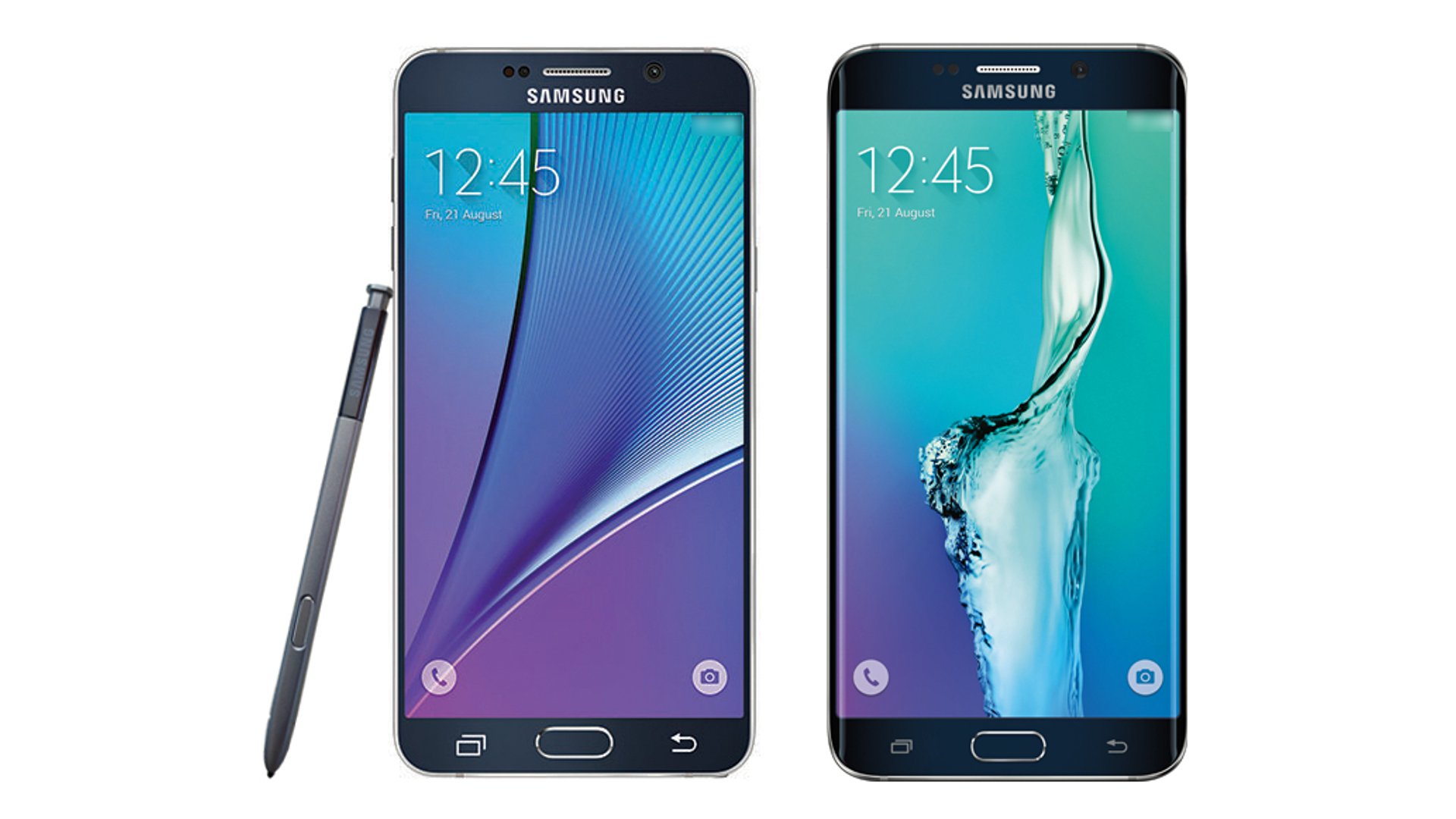 There are lot of leaked images and rumors of Samsung Galaxy Note 5 and Galaxy S6 Edge+ are making round in the internet for past few weeks. We have seen some leaks and here and there but thanks to the Evan Blass(@evleaks), we have our first press rendering of both devices.

The leaked images are of high quality renders of the two unannounced Samsung smartphones. Other than the higher quality, these renders do not contain anything new and are in line with some of the photos we have seen recently. It appears the Galaxy Note 5 sports thin bezels thus giving its 5.7-inch display a larger-than-expected look.

As for the Galaxy S6 Edge+, it does not appear to be too different from the Galaxy S6 Edge. Both sides of the screen are curved but once again, based on the photos alone it is hard to tell exactly how big the phone is, although once again based on rumors, it seems that the phone will also feature a 5.7-inch display which might explain why in the photo both handsets appear to be of a similar size.

Just in case you missed these elsewhere. pic.twitter.com/zOmKkJqQpU

In any case, Samsung is set to hold its next Unpacked event on August 13, where presumably both devices will be unveiled, so do take these photos with a grain of salt for now, but check back with us in the coming weeks for the details.