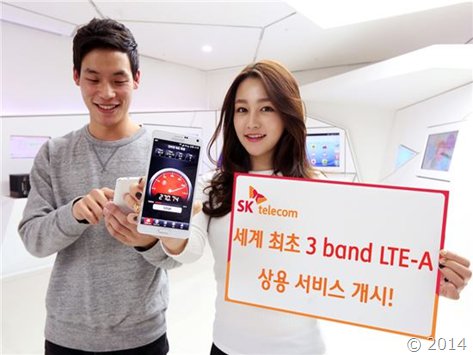 The Samsung Galaxy Note 4 S-LTE will support Cat. 6 LTE, which will allow for downlink speeds as fast as 300Mbps. The phone will handle the 10MHz +10MHz +20MHz tri-band carrier aggregation that SK Telecom's LTE-A network will feature, starting in the middle of this month. Next year, when Cat. 9 LTE becomes available, the device will be able to handle the top speeds of 450Mbps that will be possible.