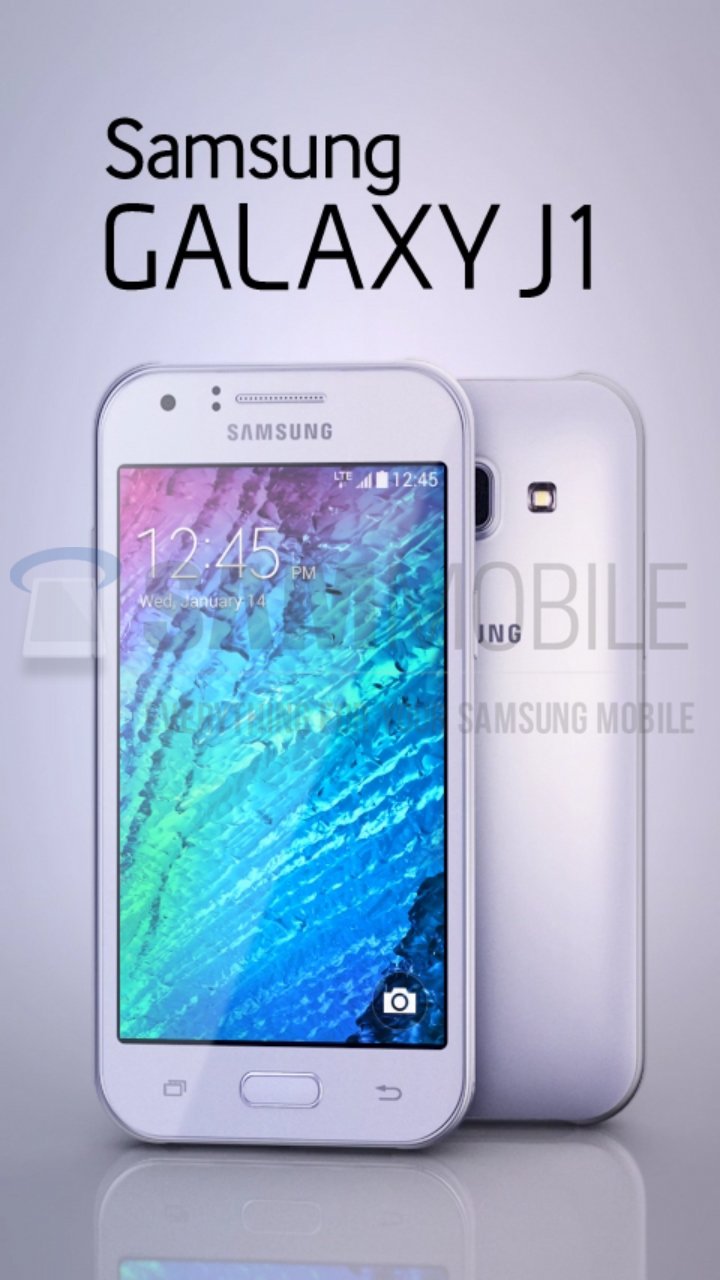 Mere hours ago Samsung finally made the Galaxy A7 official, following many months of leaks. Soon though, the Korean company should unveil another smartphone, this time however we're talking about a low-end model.

This obviously won't be confused with a handset from another manufacturer, as its design is unmistakably Samsung. The two cameras are being promoted in one of the images above. The rear snapper will be a 5 MP unit, while for the front Samsung fitted a 2 MP sensor.

The Galaxy J1 will get the Ultra Power Saving Mode first seen on much higher-end smartphones, though it's unclear if it will have an AMOLED screen. The display will be a 4.3-inch 480x800 affair, and the phone will be powered by a Marvell PXA1908 64-bit SoC, coming with a 1.2 GHz quad-core CPU. 1GB of RAM is in, along with 4GB of expandable storage, and a 1,850 mAh battery.

The J1 will be sold in four variations: LTE, 3G, dual-SIM LTE, and dual-SIM 3G. For the 3G versions the front camera will be downgraded to a VGA unit.

The January 14 date in the leaked images suggests we may see an announcement for the Galaxy J1 in just a couple of days, but don't take that for granted.