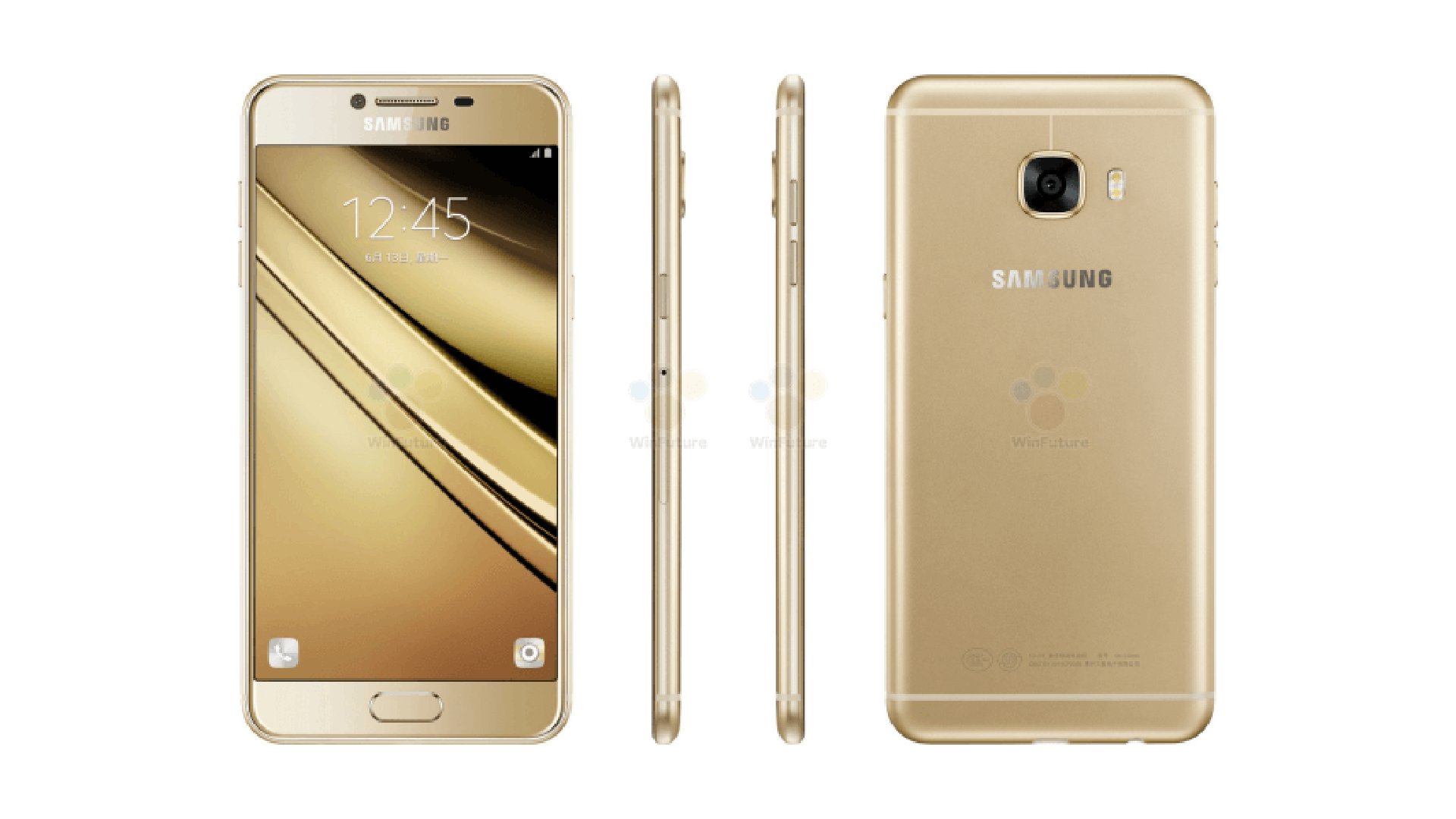 For some time we are hearing rumors and leaks about Samsung Galaxy C5, but never seen a leaked image of the handset. However, it all changed today when winfuture.de leaked a low quality press render of the phone.

The Galaxy C5 is a part of a new series of Samsung Galaxy handsets planned for a market release in the following months. The Samsung Galaxy C5 along with the Galaxy C7 is likely to be officially announced in China tomorrow. However, it is still unclear if it will be exclusive to the Chinese market or will be launched elsewhere too.

As you can see from the render, the device comes in a metal-clad body with shades of gold. The leak covers the handset's exterior design from all angles and rumors claims that the Samsung Galaxy C5 will be available in at least four colors covering the metal unibody design.

The Samsung Galaxy C5 is expected to run Android 6.0.1 Marshmallow out of the box, featuring the company's proprietary TouchWiz user interface on top.