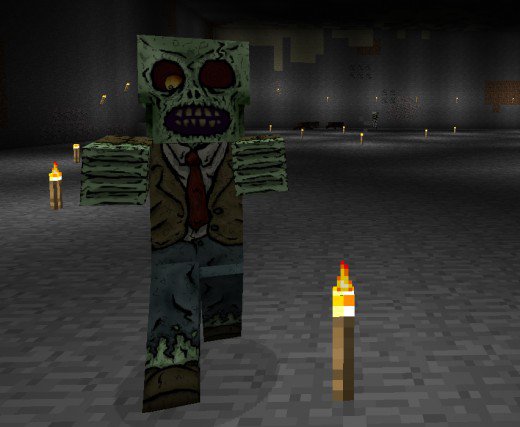 You can change the appearance of mobs such as creepers, zombies, skeleton, enderman, for that you had to re-texture the Minecraft mobs. Follow the simple steps below

Get a texturepack. They're relatively easy to come by on the internet. If you already have texturepacks use one of them to edit.

Find the .png file titled zombie it will show up under Windows Picture and Fax Viewer as a scrambled picture of a zombie. Open up the file in Paint, or if you have it, MCSkinEdit.

Color the zombie however you want and save the file back into the mobs folder.

Now experiment with other mobs, try retexturing creepers or even skeletons. Animals are hard to retexture however and take some practice. Have fun!

This works with PC's only. Sorry MAC-users.

Use ONLY with texturepacks, tampering with mods can crash your Minecraft, be careful!