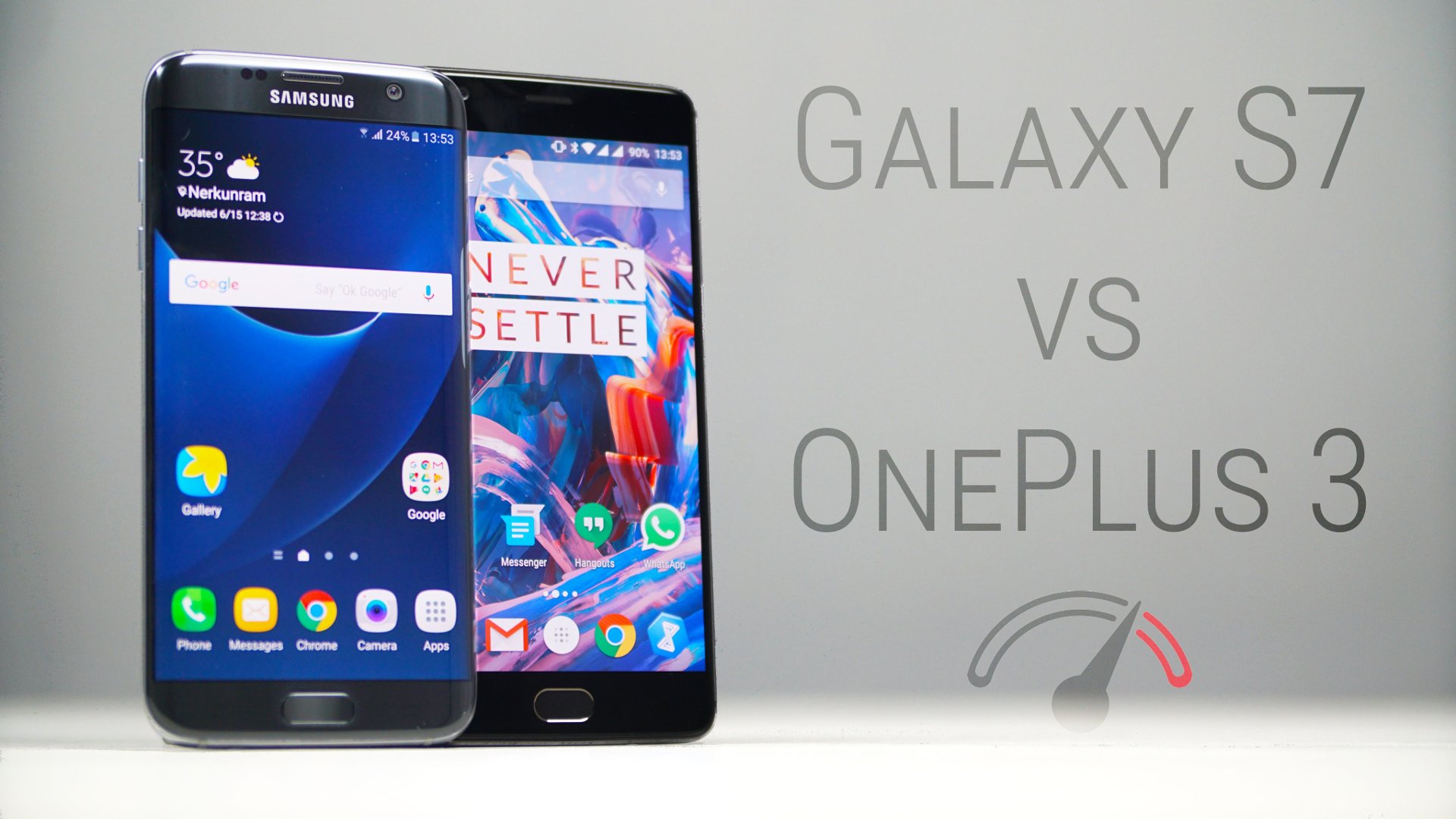 OnePlus is known to make smartphone with high-end configuration and selling them at mid-range price. Their devices are known to give flagship smartphones of other companies a run for their money.

OnePlus 3 is no different than other OnePlus devices and comes with premium hardware configuration. The main highlight of the device is the 6GB RAM that come with the device.

Samsung Galaxy S7 Edge is one of the best and fastest smartphone that is now available. Samsung has been the one company pushing the industry forward in the RAM department. It kept adding more and more RAM to its devices and S7 Edge has 4GB RAM, which is 2GB less than OnePlus 3.

YouTube channel "C4ETech" conducted a real-life speed test to find out who the real winner is.

The test involves running same series of apps in both devices under similar testing conditions. In the first run, the tester showed how the two devices fared opening and loading a number of apps including Temple Run , Shareit, Skype, Gmail, Twitter and YouTube.

The second round, involves testing memory management by reopening the same apps and games by pulling them from background processing. In the third round, the the system animations are turned off to see how fast each handset can load games. Finally, the devices are tested to see which launches the camera application faster.

You can see the entire speed test in the video embedded below.

In all the test Samsung Galaxy S7 edge outperforms OnePlus 3 despite having 2GB less RAM. It seems like Samsung's experience in making Android smartphones and technological experience in semi-conductor field has made their smartphone much faster than the competition.

Not only is the Samsung phone much faster, but it looks like the OnePlus 3 is in desperate need of an update to improve RAM management. According to "C4ETech", shortcomings for the OnePlus 3 may be due to a firmware issue, because other tests conducted by them shows that the device is quite good at running multiple apps at once.

Interestingly, the upcoming Galaxy Note 7 is expected to feature 6GB RAM and set to launch in early August. Not only that, several OEMs are also interested in increasing the amount of RAM in their device to support VR.