Nokia 3.1 gets Android 9 Pie update and it will launch on Verizon as Nokia 3V 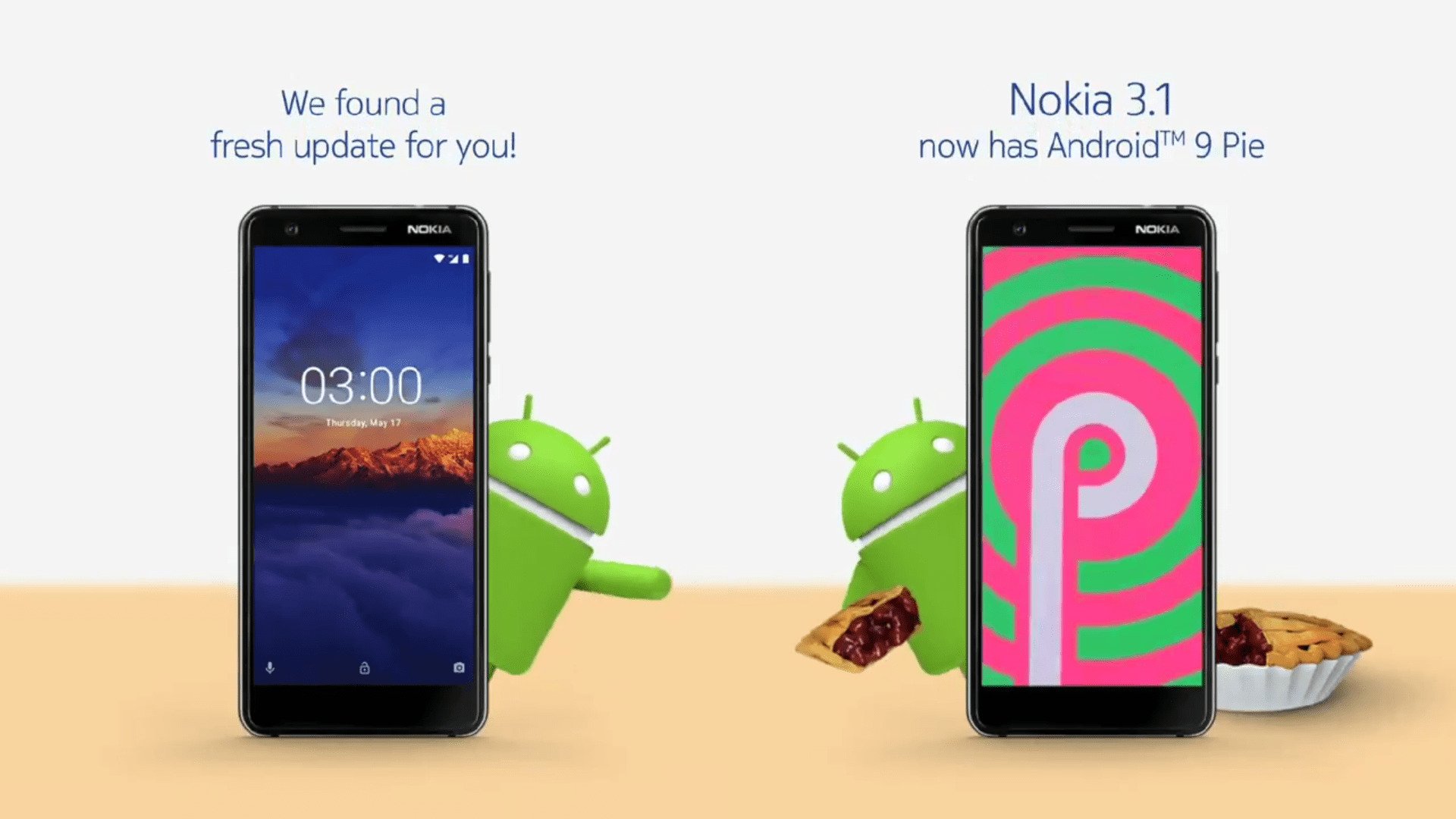 HMD's Chief Product Officer Juho Sarvika has announced on T that the company was dropping Android Pie on the Nokia 3.1. The Android 9 Pie upgrade will be the second OS update for the Nokia 3.1 - the phone upgraded from Android Nougat to Android Oreo six months back, in September 2018.

So far, there are no replies from eager users showing their OTA update screenshots on the twitter feed, so it seems like this one is rolling out slowly - or at least slower than usual and in batches. If you have a Nokia 3.1, do check manually for an update and be patient. When it arrives, the update should be over a gigabyte, so connect to a Wi-Fi network before updating your device.

A detailed changelog of the update is currently unavailable, but as this is Android Pie, we know it brings in features like navigation gestures, redesigned UI, adaptive brightness, adaptive battery, screenshot editor, rotation lock, volume control changes, and more importantly new privacy-minded features to Nokia 3.1.

The Nokia 3.1 debuted last year in May and an Android One budget smartphone. It comes with a 2.5D curved 5.2-inch display with Corning Gorilla glass supporting HD+ resolution with 18:9 aspect ratio.

The handset is powered by 1.5GHz octa-core MediaTek 6750 chipset. It also features a 13-megapixel primary camera having an f/2 aperture with auto-focus and LED flash. On the front, the smartphone has an 8-megapixel front camera with f/ 2 aperture and 84.6-degree field of view.

HMD promises two years of version updates and three years of security updates, hence you can expect to get Android Q to eventually hit the phone. The Nokia 3.1 is fourth from last in HMD's Pie queue with the original Nokia 6, Nokia 3 and Nokia 1 set to receive updates before the end of the second quarter.

Speaking of the Nokia 3.1, leaks blogger Evan Blass has mentioned on Twitter that Verizon is prepared to debut a Nokia 3 V.

It does not seem like a stretch to infer that since the Nokia 2V was just the Nokia 2.1 with Verizon's proprietary branding on it that we should expect the Nokia 3.1 to be said Nokia 3V. We just do not know when it will happen to launch if it is the case.