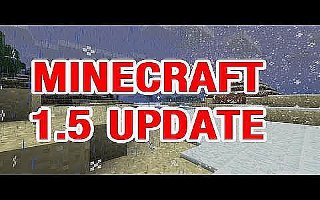 Minecraft 1.5 update is set hit on early March, according to Twitter update from Mojang Developer Jens Bergensten. To be a bit more exact, Bergensten says the PC update will be live in "roughly two weeks," placing it near the week of March 11.

The update is known as Redstone update, version 1.5 will address redstone ore, gives it variable signal strength in addition to a new capacitor block. The Redstone Update also fixes the south-east rule glitch.

The Redstone Update is a planned major update labeled as 1.5. Development began shortly after the announcement at MineCon 2012 at the Future Updates with the Minecraft PC Team and The Future of Mod API talks. Mojang has stated that they are starting to wind down from adding new features and are instead focusing on fixing bugs. Mojang is preparing for a potential pre-release of The Redstone Update in a few months' time, and it has been stated it will be released in early March 2013.