When Microsoft announced Edge, one of the main feature the company focused is support for extension. Unfortunately, Microsoft was not able to add the extension support at launch time and was silent on when we can expect the future. Last week there are rumors that the next Windows Insider build will update Microsoft Edge with support for Extensions. Now it looks like these rumors are true, as the company published the official landing page for Microsoft Edge’s Extensions ahead of the official launch of the feature. This same web page leaked a while ago, but Microsoft pulled it. Similarly, Microsoft will probably pull it this time, too.

The page reveals that the browser will initially have extensions for Microsoft Translator, Reddit Enhancement Suite, and Mouse Gestures. It also has instructions on how users will go about installing these extensions, preparing them for use with the Edge browser. 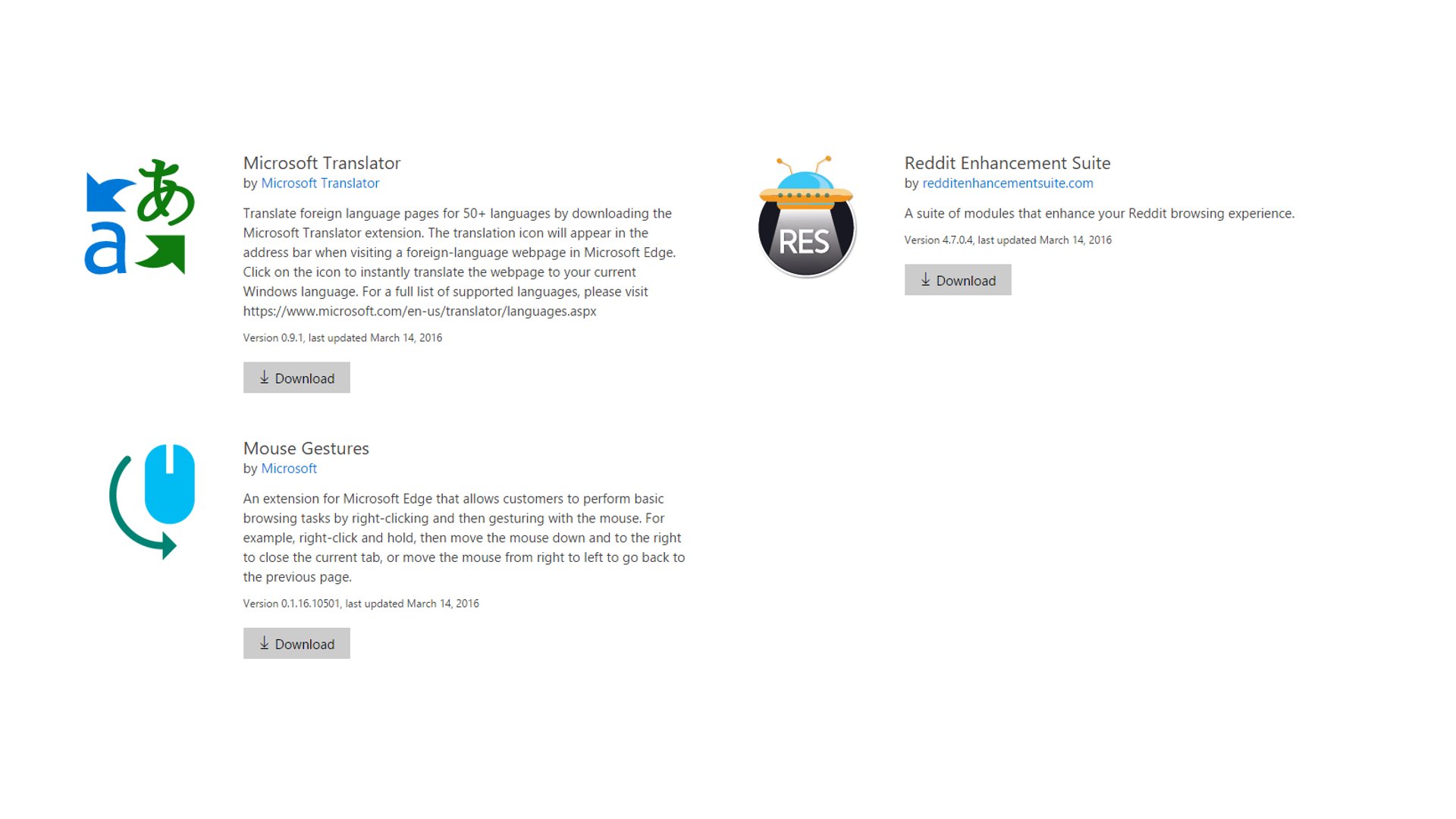 However, installing extension to Edge is not as straightforward as in Firefox or Chrome. The users have to download the extensions and install them. Then they have to Load extension, by choosing the extension folder. We hope Microsoft will streamline the experience in subsequent Insider builds before releasing it to the public.

If you are a developer, here is how you add extensions in preview builds of Microsoft Edge:

We expect Microsoft will soon make an official announcement for Windows Insiders and we will update you when it happens.