Microsoft has been testing Cortana on Android lock screen for some time. Now, the company has officially announced that its bringing its virtual assistant Cortana to the lock screen of Android devices.

With this update, Android users can now talk to Cortana directly from their phone's lock screen. Microsoft designed the feature to compete with Google's own Assistant technology, which also offers similar information.

Previously, Microsoft placed a floating Cortana circle logo with "Swipe to Open" on the screen. While you could swipe to pull up some info stored in Cortana from the lock screen, you could not actually interact with it or ask it questions. However, with the newly released update, the company has removed that restriction and now you can interact with Cortana above the lock.

Microsoft has also made some updates to the Cortana's default home screen, showing glanceable info like weather, upcoming calendar items, commute times and so forth. While the default experience is very purple, Microsoft has promised to add more color options in the weeks after the upgrade, including blue, green, and black. 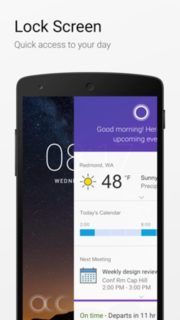 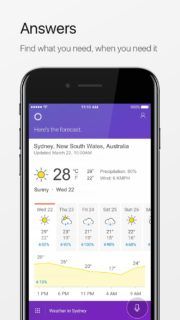 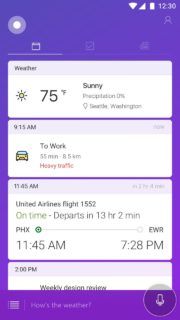 This functionality could further challenge Google on its own platform. As Google's only entry in the PC space is Chrome OS, it may be more useful for Windows users to add Cortana to their phones. It also enables interoperability across desktop, laptop, and mobile -- including iOS and Android, not just Windows 10.

The latest version of Cortana for Android is available now in the Google Play Store. Android users in all markets where Cortana is currently available can now take advantage of this enhanced functionality. In addition to its U.S. and U.K. availability, Cortana for iOS and Android is also launching in Australia today.