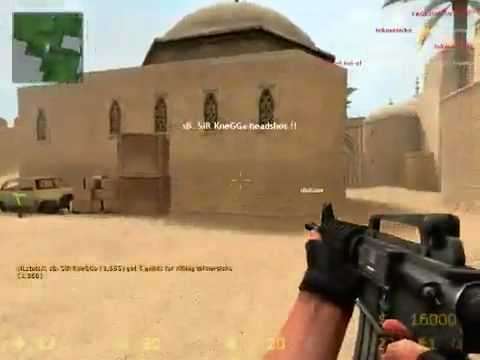 You know that money is very important in Counter Strike. With money you will be able to buy better guns, kevlars, grenades, and kits (CT). There are some ways to make money, follow the simple steps below

Win rounds. For this purpose, spending some is not a bad idea. For example, if you have enough money, and a good player in your team doesn't have it, then buy him a gun. Your money will get reimbursed if you win. And for this purpose, when in CT don't rush - stay in the bomb sites, and keep an eye on the game clock.

Score frags (kills). You get some money for each kill you make.

For terrorists, plant the bomb. It gives the whole team some extra cash.

If you really have very little money (< $1000), then do not buy anything that round except for probably some ammo for the default pistol.

This might sound trivial, but if you find a better gun lying around near a dead guy (friend or foe), pick it up. Picking up grenades also saves you some money.