Last week, Lenovo launched two lightweight LaVie Z Windows 8.1 notebooks, but now one of the models, LaVie Z 360 to specific, is shipping with a known flaw. According to Consumer Reports, computers in this series have issues that prevent them from working as intended in certain situations.

The LaVie Z 360 can flip its display 360 degrees on a hinge, but when doing that some unexpected problems occurs causing unsatisfactory user experience. Specifically when you try to use the notebook in Tent mode where its back is bent until it can be placed on a desk like an A-frame, the screen image doesn't auto-rotate, meaning you'd see things upside down until you manually rotated the image using a Windows command.

The second issue with this laptop is that when used in Stand mode where the keyboard is placed face down on a desk, serving as a stand for the bent-back touchscreen, the keyboard does not auto-deactivate causing random key presses. 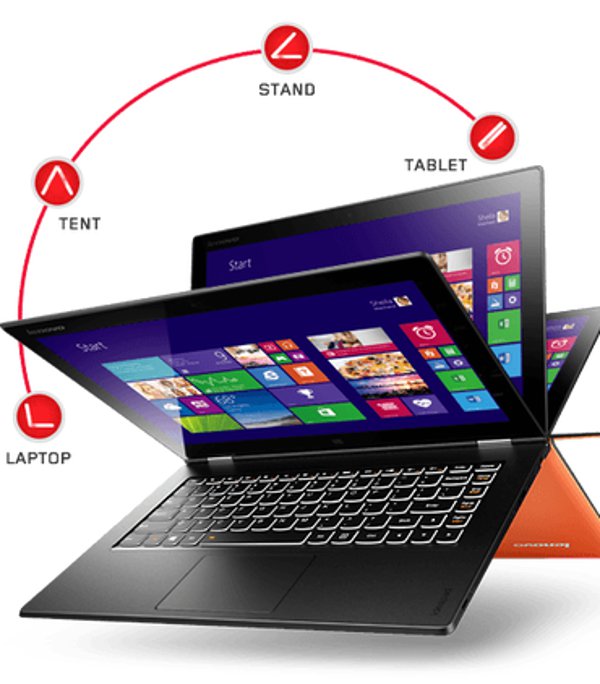 Consumer Reports bought the 2.04-pound 13.3-inch Lenovo LaVie Z 360 but afterward it received an email from the company's Web Sales Manager, who admits "in our haste to bring the product to market, we have made a couple missteps along the way".

The letter said that the Lenovo LaVie Z 360 would continue to ship, with these flaws, but that customers would receive a 5% refund of their purchase price. In addition, the description of the laptop on Lenovo's website has been changed so that it only shows and talks about its notebook and tablet modes. There is no word yet if Lenovo plans to issue a patch that might fix these problems with the notebook. There is also no indication that the company plans to delay shipments until this problem has been resolved.

To be clear, this problem seems affect only LaVie Z 360. The regular 1.87-pound version of the LaVie Z notebook, which does not have a touchscreen nor a display that can flip 360 degrees, seems to be free of any known issues.

The LaVie Z 360 is an ultralight notebook that weighs just 2.04 pounds (.9kg) and is only .67-inches thick. It is designed as a convertible, hybrid machine that is meant to work in a number of modes, including Laptop, Tablet, Tent and Stand.