Is Apple Watch Causing Skin Irritation? Apple Says It Is Your Fault 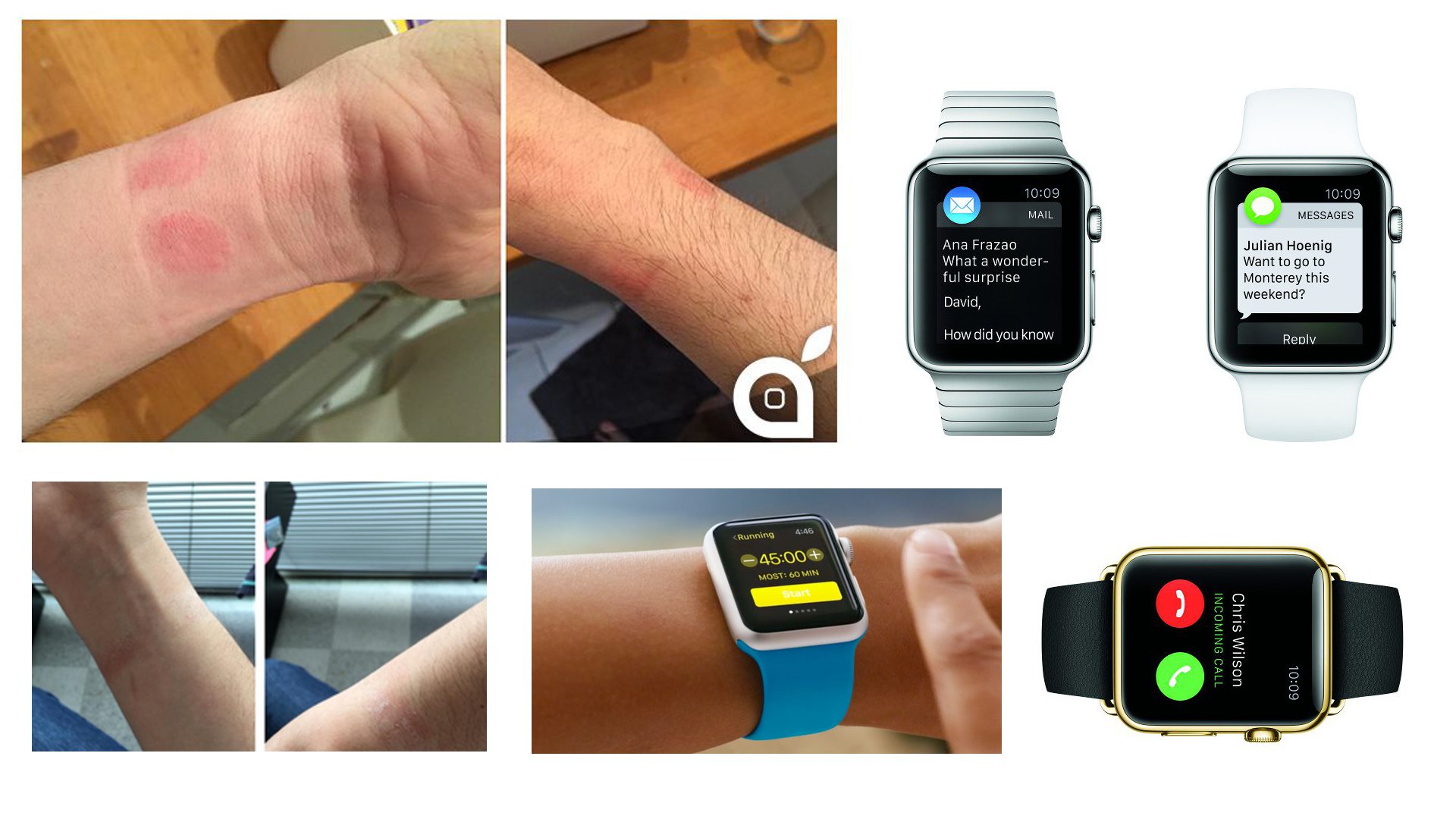 Apple in its support page states that if Apple Watch is causing skin irritation then it is because you do not know how to wear it.

Apple is not known for accepting any problems in their device. When iPhone 4 users complained about reception issues with their smartphone, Apple responded with "You're holding it wrong." Then AntennaGate happened, and the result is Apple writing $15 check for every user who complained. Now it appears that some Apple Watch users are experiencing a skin irritation from wearing their new smartwatch.

Some early Apple Watch buyers have found that the rubber Sport band is causing troublesome skin irritation. Rashes and ugly looking red welts have appeared on the wrists of those who are allergic to the materials that are being used to produce the watch and bands. This type of skin irritation is caused due to an allergy and is unavoidable unless the wearer buys a different band. Nevertheless, Apple says you might be wearing the Watch wrong.

Apple says that every metal that touches your skin goes through tests. In addition, the company consults with board-certified dermatologists. Even so, some people are sensitive to the materials employed by Apple. "If you have a problem with nickel, the material is used on the Apple Watch, the space gray Apple Watch Sport, the stainless steel portions of some Apple Watch bands, and the magnets in the watch and bands." The amount of nickel used by Apple is reportedly not enough to cause problems, but those very sensitive to the material should say clear of the above-mentioned products.

Similarly, if you have trouble with the adhesive used on Band Aids, you might want to stay away from the Apple Watch case, the Milanese Loop, the Modern Buckle, and the Leather Loop. All of these contain small amounts of Methacrylate, which is the same material used on bandages. Apple says that any part of the Apple Watch or its bands that contain Methacrylate do not touch the user's skin. Still, if you are sensitive to the material, your best bet is to stay away from it.

In a support document on Apple's website, the company listed a few possible reasons that the Apple Watch could cause skin irritation. Among them is the fit - if the band is too loose, the constant rubbing caused by movement as users go about their days can cause irritation. Apple says that you need to have the band tightened just right. 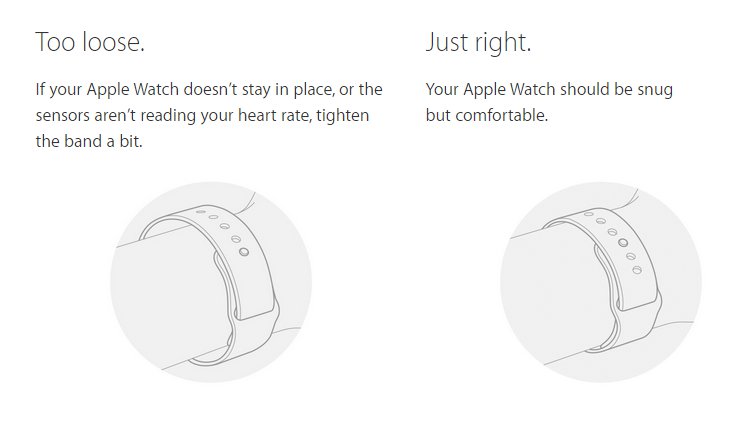 How To Wear Apple Watch

For best results, the back of Apple Watch needs skin contact for features like Wrist Detect, the Taptic Engine, and the heart rate sensor,

Wearing your Apple Watch with the right fit - not too tight, not too loose, and with room for your skin to breathe - will keep you comfortable and let the sensors do their jobs. You may want to tighten your Apple Watch band for workouts, and then loosen it when you're done. In addition, the sensors will work only if you wear Apple Watch on the top of your wrist.

Our advice, if you are Apple Watch owner and has skin irritation, then you should consult your physician before putting it back on your wrist.