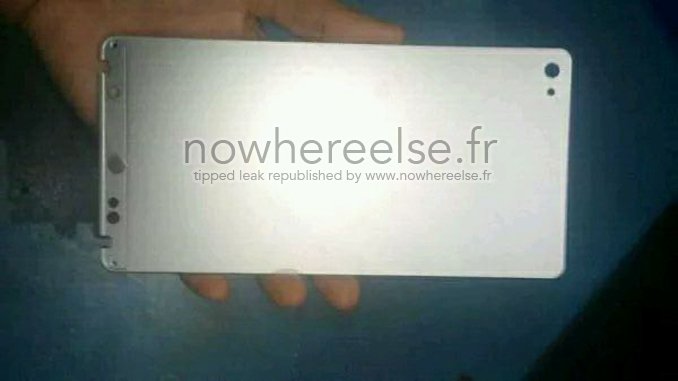 The first rumored specs suggest the company's next flagship will follow the tradition for an impressively thin design built around a metal chassis. It should feature a 5.2-inch 1080p display and run on the HiSilicon Kirin 930 chipset built on TSMC's 16nm process and packing an octa-core processor within.

Today we got some new info on the Huawei Ascend P8; its alleged metal chassis. A close inspection of the leaked pictures reveals yet another super thin frame, though we are yet to learn its exact measurements.

Judging by the carved out holes, the camera will feature a single-LED flash, while the phone will come with two ejectable trays. The first tray will be the primary SIM slot for sure, while the second one may be either for a second SIM or for a microSD memory card. We've seen Huawei combine the SIM and memory slot into a single tray and you choose what to use inside, so this might be the case with the Huawei Ascend P8 as well.

Huawei Ascend P8 should be announced in January on CES in Las Vegas or at the MWC expo in early March in Barcelona.