HTC held it press event in Barcelona and it brought us the company's flagship - the HTC One M9. This time around the M9 comes without brackets and it is now a full-fledged part of the device's name.

HTC claim it to be even more luxurious than before, which we agree to an extent, but for the most part, there are some minor design changes that make it subtly different from the M8 before it. The footprint, for the most part, remains unchanged, which is a good thing in this age of super big smartphones. For a flagship smartphone, its undeniably one of the more compact models out there allowing us to comfortably grasp it in our hand without the need to excruciatingly stretch our hand. 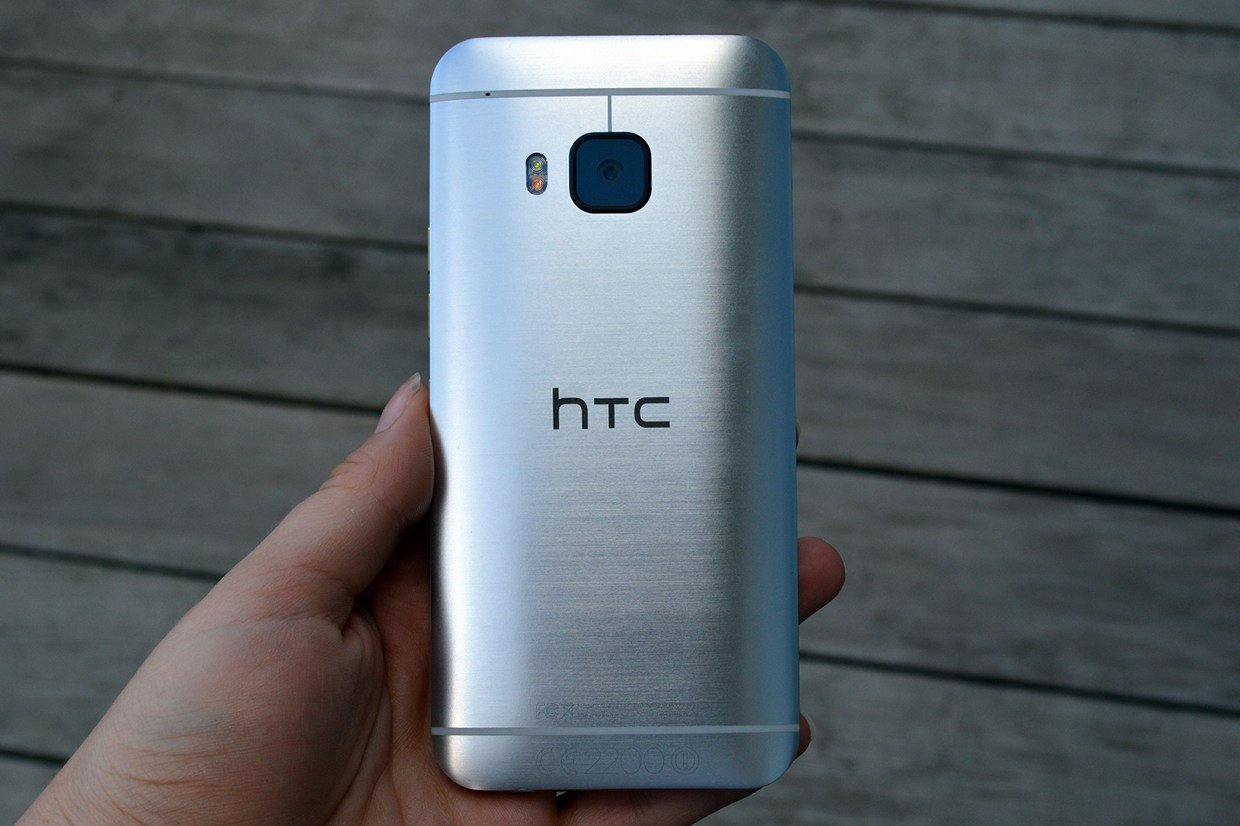 HTC as the first in the industry to offer a "dual finish" design, one that's consists of the same premium feeling metal cladded body with a new anodized finished trim accent, the One M9 retains the same lovable design that radiates premium from head-to-toe. Technically, it sheds the unibody design of its predecessor in favor of this new dual finish one. However, the phone loses its clean and uniform finish due to that second choice of material. For starters, the new metal trim adds a lip to the sides of the phone where it leaves this sharp feel. 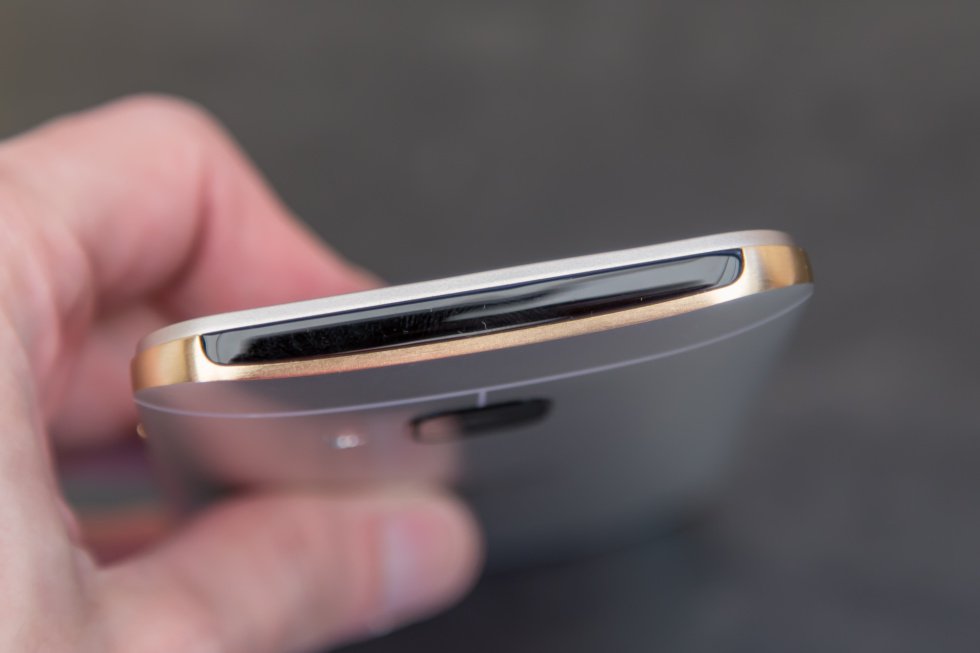 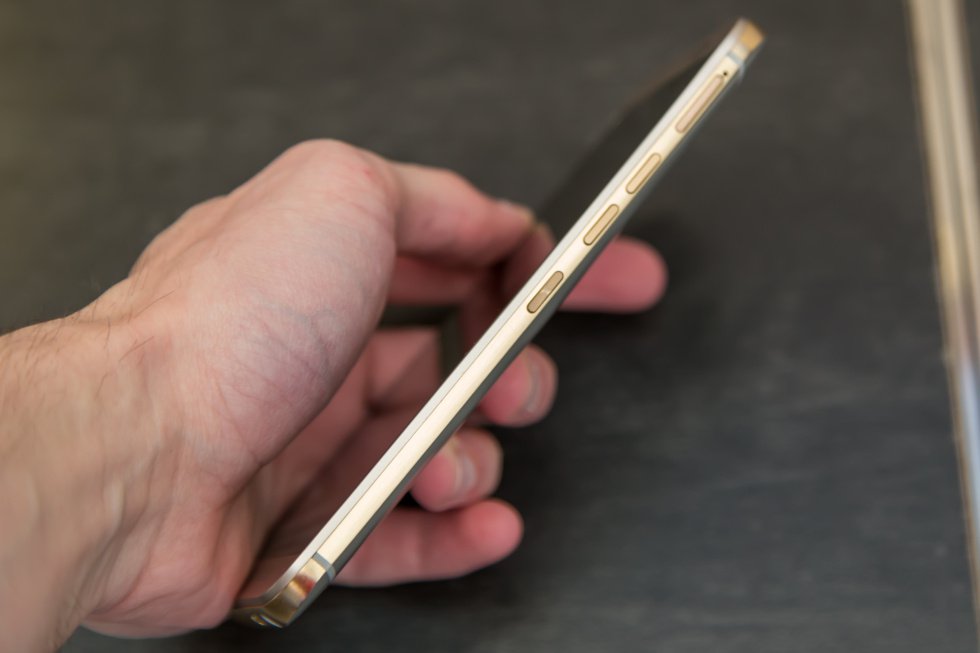 Turn the phone around, and the single biggest novel design element will pop right up. The camera module is now a rounded square and theres no secondary depth sensor. HTC said it wanted to get back to offering users quality, rather than extra features. It's safe to say that few will miss the depth sensor, and without it, the M9 looks a bit more balanced. There's almost nothing new and newsworthy, but HTC still managed to make the M9 better than in its predecessors from an ergonomics point of view.

The HTC One M9 doesn't make the move to quad-HD resolution. Rather, it's the same 5.0-inch 1080 x 1920 LCD display that we're all familiar with. To be fair, the size keeps this flagship far more form-fitting in the hand - unlike some of its more sizable competitors. For what it's worth, 1080p resolution for it is more than effective, allowing all the details to be easily distinguishable to the eye. And of course, all of the qualities from before continue to exist in this panel as well - like its decent viewing angles, neutral color reproduction, and acceptable outdoor visibility. 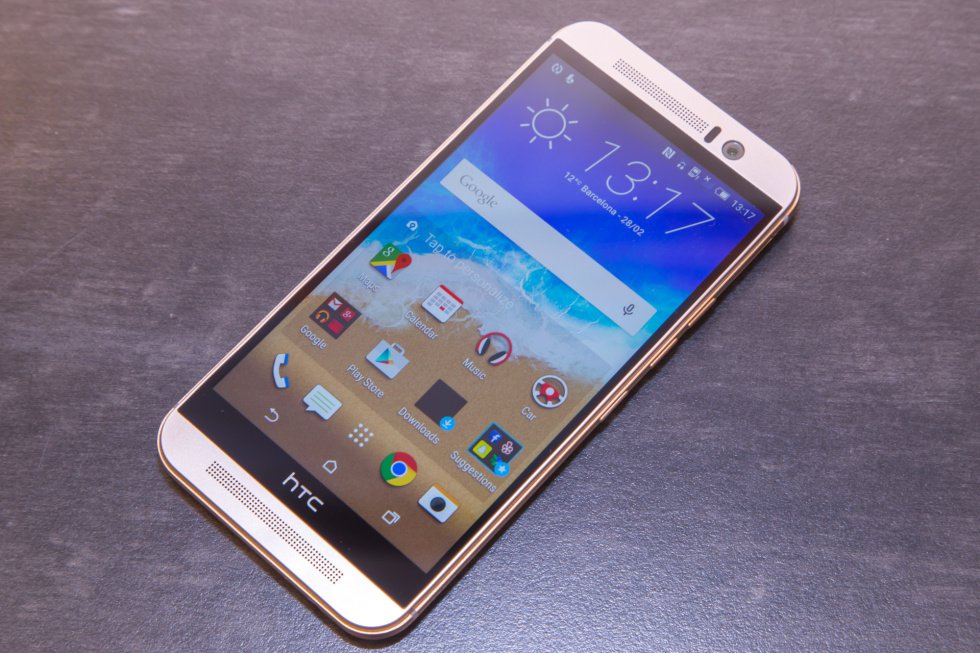 There isn't a whole lot to complain about 1080p resolution, since looking at stuff on a 5-inch screen is more than detailed enough. Regardless, it still would've been nice on a higher level to also make the jump to quad-HD giving it that true modern flagship quality.

There's not much new stuff to talk about in terms of hardware features, aside the obligatory improvements in the processing department. With that said, the M9 delivers all the essentials you may need from a flagship phone in a well optimized package.

Ticking underneath the hood of this one is the latest and greatest from Qualcomm, a blazingly fast 64-bit based octa-core Snapdragon SoC with 3GB of RAM where four of its cores are clocked in at 2GHz, while the other four are at 1.5GHz. Just moving around the interface and doing some basic stuff, theres that constant presence of swiftness and tight response with its operation. Don't worry, it also helps that there are also all of those software optimizations with Android 5.0 Lollipop that help to propel this one on a consistent level.

From the sound of it, HTC will only be selling the One M9 with 32GB of internal storage out of the gates. It might change, but for the near term, that's the tally you can expect to find. Luckily, as always, there's a microSD card slot that there and ready to supplement its capacity. Battery capacity has been amped up to 2840 mAh, a 10 percent increase over the M8. Like most modern flagships, the M9 supports fast charging, however, there's no wireless charging. The 1080p display should be good news for those who prefer optimized performance and battery life over record PPI ratios.

HTC has finally listened to the critics and decided to bring the phone's rear camera to a respectable level. With last year's model in the M8, HTC opted to pursue its "UltraPixel" camera, which to the dismay of many, just couldn't compete in the details department that many of its rivals prided themselves on - so the results were rather disappointing. This time around, however, the HTC One M9 is blessed with a formidable 20-megapixel rear camera, which features an f/2.2 aperture lens, BSI sensor, sapphire cover lens, and up to 4K video recording.

In the short of time of using this pre-production model, we managed to snap several photos. From outdoor shots, macro ones, and situations where lighting was insufficient, we were sure to shoot several samples for your enjoyment. From what we can gather, HTC has finally solved the details problem, as outdoor shots are filled with plenty of sharp visuals and details - allowing us to do some minor cropping, without significant loss of quality. Its low lighting performance is a bit scary, seeing that they're riddled with heavy noise, softer tones, and even some color fringing. Quite honestly, it's not pretty, but there's hope that tweaks to the processing will be accomplished to weed out this issue with the final product.

HTC made it clear to us that the software on the devices we tested was not final, so some improvements could come by the time the M9 reaches consumers' hands. The UltraPixel camera lives on as the front shooter of the M9 - coupled with a wide angle lens, the 4MP sensor should be more than capable of handling selfie duty.

A new flagship phone from HTC means an updated new Sense experience, that's the expected evolution. In this case, we're now up to HTC Sense 7.0, which carries the software legacy that HTC is known for, but it's been evolved to give users more control in how the interface is presented. Honestly speaking, the visual changes on the surface are subtle like how the weather-clock widget from HTC now sports a clean, italicized font. For the most part, the same modern design language weve seen in previous incarnations are present here. In typical Sense fashion, usual staples like HTC BlinkFeed, Zoe, and various Motion Launch gestures are all present once again.

The lock screen's new enhanced functionality becomes more apparent, seeing that contextual suggestions are delivered. For example, restaurant suggestions are dished up in the homescreen, but in our short time of using the phone, it's unable to provide enough relevant ones to us - albeit, we imagine itll be more useful over prolonged usage. In the same premise, HTC has added a new widget in the homescreen that they call the Smart Launcher. This widget is comprised out of apps that dynamically change depending on what apps you commonly use. At the same time, we're asked to select if we're using the phone at home or work - to better provide us with meaningful apps for the occasion. Its useful in some cases, but if it's not your cup of tea, it can always be removed entirely.

Another big addition to Sense 7 is a theming app that lets you change lots of UI elements; a nice touch is the ability to select a picture and get palette suggestions based on the predominant colors of the image. As we mentioned earlier, the M9's software is impressively smooth and fast, even if its non-final software. Overall, Sense 7 has reached a level of refinement that we really appreciate.

Sense 7 is running on top of Android 5.0 Lollipop. Strangely, though, HTC Sense 7.0 doesnt offer true multi-user support. Instead, theres a Kid Mode that's available, but there's no way to add different user accounts to the phone. It's odd, but hopefully they'll somehow add it in with a future update of some kind. At the core of it all, HTC continues to refine its interface, which is already one of the more visually pleasing ones in the space.

It's tough to say what's on the horizon for HTC now that its latest flagship model has been announced. In the space, we have several noteworthy flagship smartphones that push the boundaries - such as the case with these phones with quad-HD screens, impressively long battery lives, and cameras that take outstanding photos in all sorts of situations. Personally, we feel as though here with the M8 to the M9, it's more of a subtle, incremental step. Our biggest question mark concerning the M9 is still the camera, and particularly the low light performance.

HTC really did manage to improve on an already great concept, adding refinement and thoughtfulness to the solid pre-existing base.