How To Use Apps On iPad 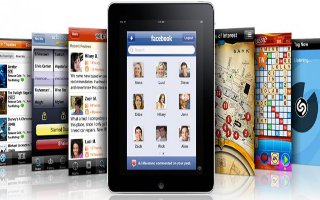 How To Use Apps On iPad

Read this article on how to use the apps on your iPad. Follow the simple steps below.

How to use apps

The high-resolution Multi-Touch screen and simple finger gestures make it easy to use iPad apps. Open an app by tapping its icon. You can switch between apps, rearrange apps, and organize them in folders.

How to open and switch apps on iPad

How to use Scrolling on iPad

The methods on the article will work for all iPads; including iPad 3, new iPad, iPad 2, and original iPad.