Game Of Thrones Confirmed For Xbox One And PS4 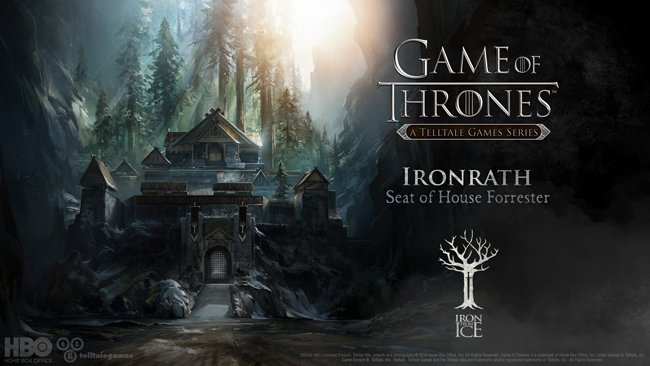 Game Of Thrones Confirmed For Xbox One And PS4

Telltale's Game of Thrones series will launch with episode one on Xbox 360, Xbox One, PS3, PS4, PC, Mac and iOS "soon," Telltale says in a blog post.

The game picks up near the end of season three of HBO's Game of Thrones television series, and will end right before the beginning of season five. It uses the world created by Game of Thrones, rather than an original take on the A Song of Ice and Fire novels written by George RR Martin. The story focuses on House Forrester, and throughout the season, players will embody five members of House Forrester, either as direct family or servants of the House.

The game will visit scenes that Game of Thrones fans know, such as The Wall and King's Landing, but it also introduces the home of House Forrester, Ironrath. Ironwood trees play an important role in Telltale's Game of Thrones, as the trees are valuable commodities for crafting weapons, defense structures, and vessels.

Game of Thrones: A Telltale Game Series is six episodes, and the first installment is named after the House Forrester motto, "Iron from Ice." Telltale says the game is still set to premiere in 2014.