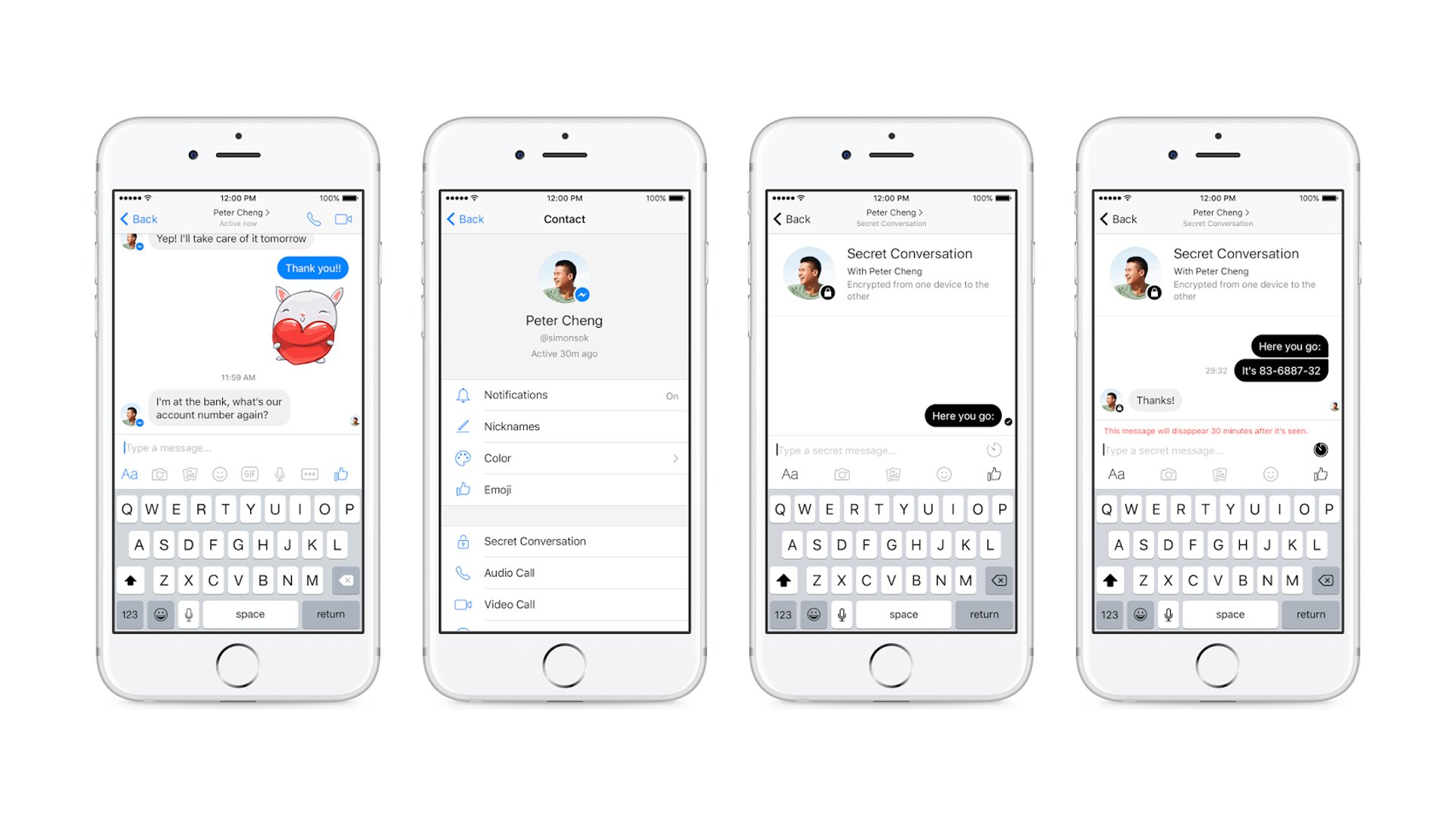 Facebook has finally started testing end-to-end encryption in its Messenger app. This new feature called "Secret Conversation" is currently available for limited users to test. The company will release this feature widely for other users later on this summer.

Facebook's Secret Conversation will not be available for all contacts by default. Instead, you have to start a secret conversation with the contacts you want to. In Addition to end-to-end encryption, Facebook has added another extra security feature. Now, you can set a timer for messages you sent. Any messages you sent is only visible until the set time.

Unfortunately, Video and GIF files are currently unsupported. Moreover, for obvious reasons, you cannot send payments through the app while in "Secret Conversation" mode.

Currently, Facebook is rolling Messenger with Secret Conversation to limited users for testing. We can expect public availability of this feature by summer this year.