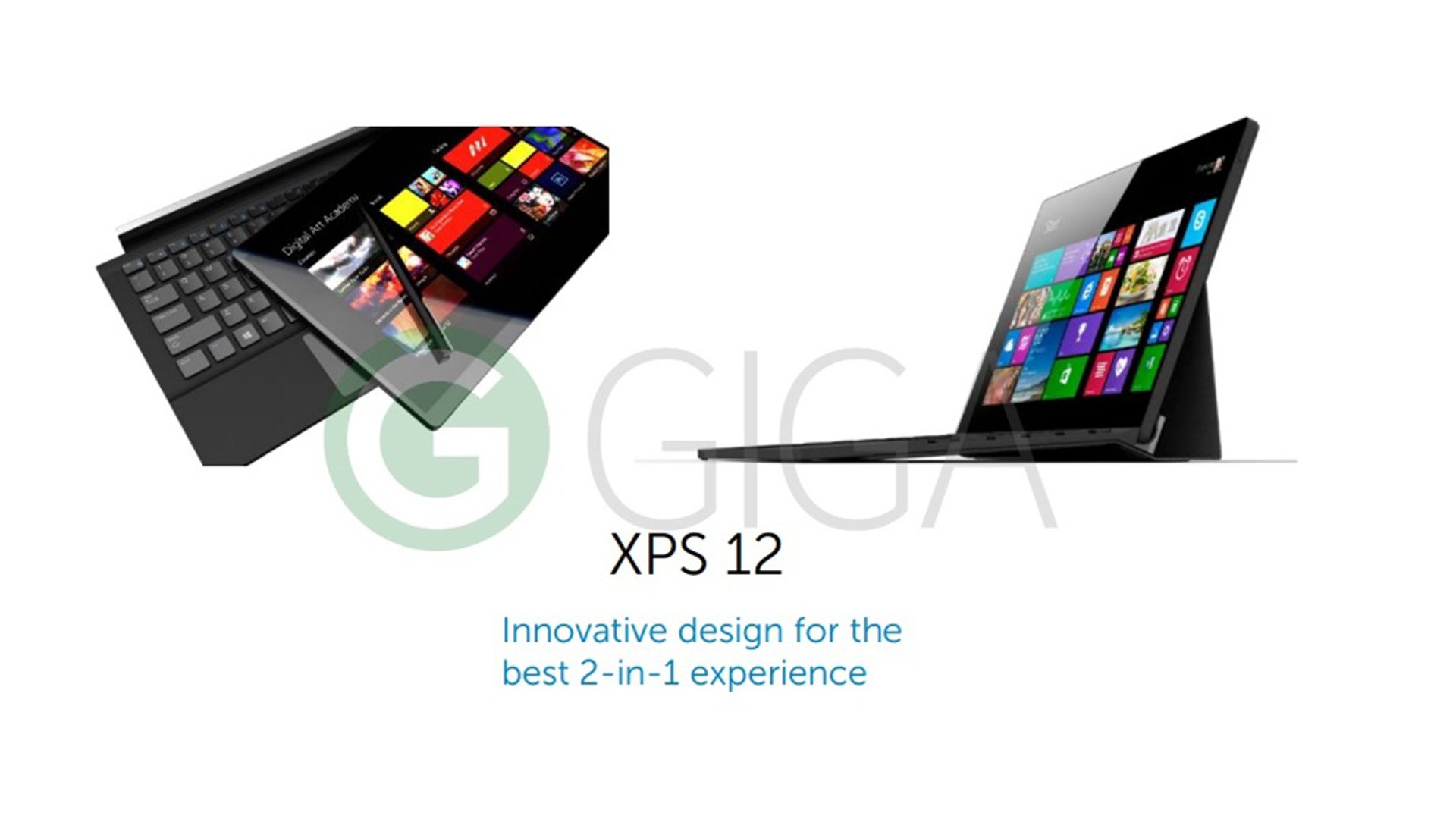 Dell is long time Microsoft partner and makes some of the best Windows Laptops you can buy.  Now, the company is building XPS 12 Tablet as a direct competition to Microsoft Surface.

A recent leak shows a new Tablet PC from Dell called the XPS 12 which can magnetically latch onto a standalone keyboard, creating a setup similar to Microsoft Surface. Dell's keyboard for the XPS12 will feature an illuminated keyboard that the company promises as a touchpad that "works flawlessly". This has always been the weak point of Surface keyboards, so it will be interesting to see if Dell can jump out ahead of Microsoft.

The information listed on the slides also puts this XPS 12 ahead of the Surface Pro 3 when it comes to the display. The Dell XPS 12 will feature a 4K UHD (3840 x 2160) display with an InfinityEdge design that cuts down on bezel size. It will also comes with a  stylus and include a Thunderbolt 3 port, 10-hour battery life, and 8-megapixel rear camera and a 5-megapixel front camera. 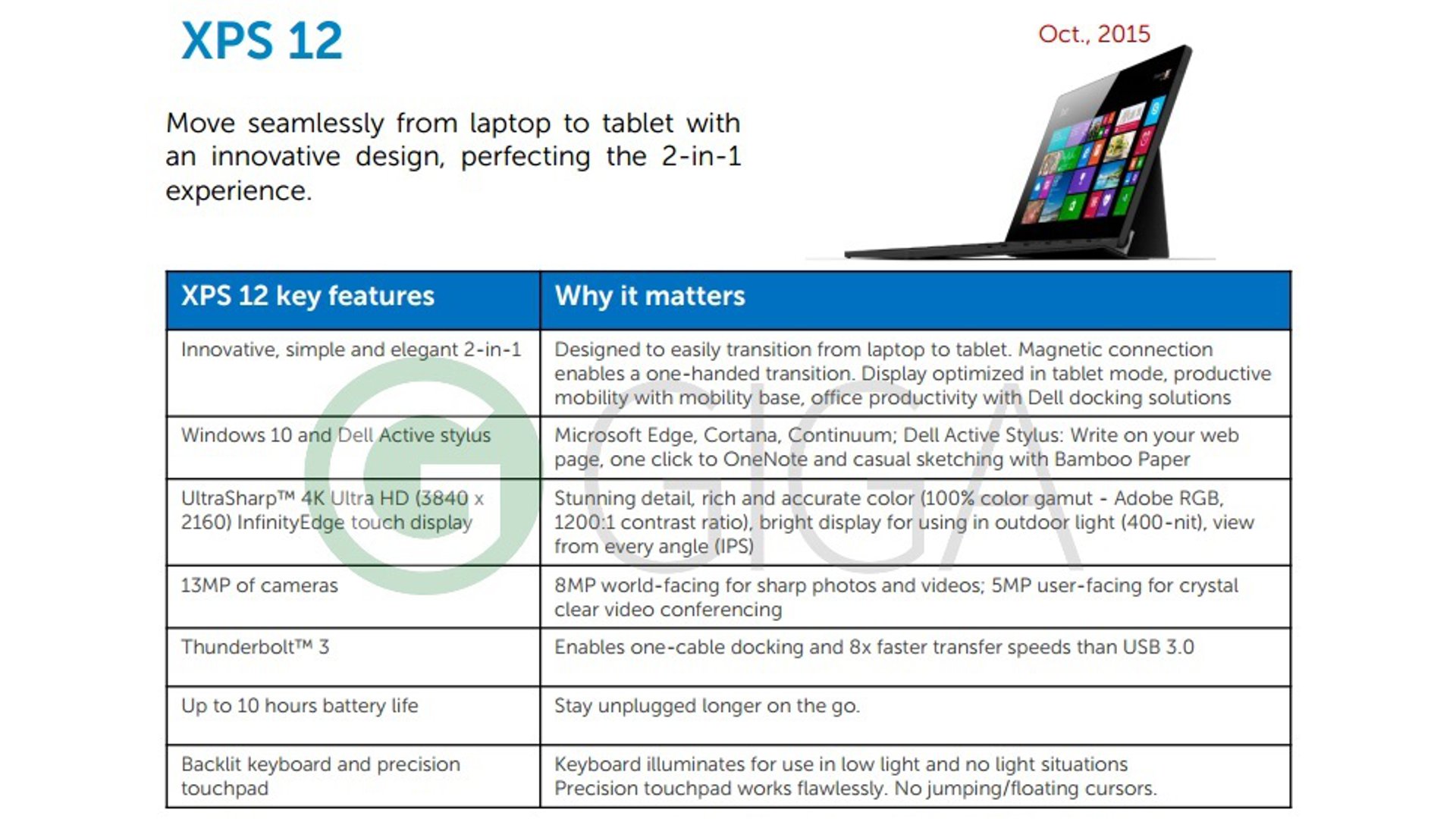 Unfortunately, the leak did not provide any information about the XPS 12's processor, nor the amount of RAM inside. However, with both this and Microsoft's Surface Pro 4 around the corner, it is shaping up to be a pretty great year for Windows 10. The leaked documents point to an October launch for Dell's XPS 12.