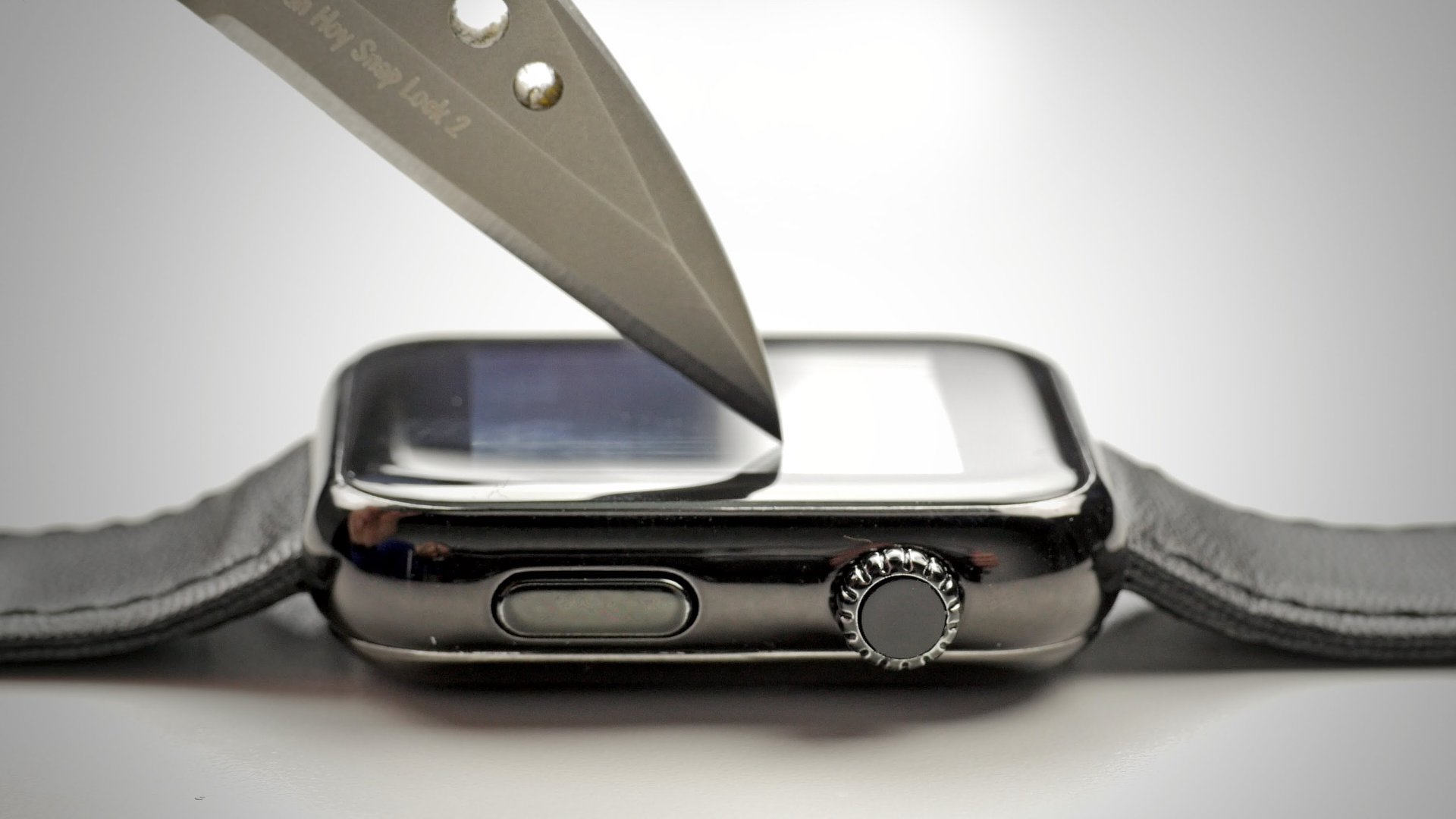 This comes no surprise, as Sapphire is a form of corundum, a mineral that rates a hardness of 9 on the Mohs scale, just under diamond. For those who do not know what is Mohs hardness scale, it is measurement used to chart the relative hardness and resistance to scratching between various minerals (1 - softest to 10 - hardest).

The Apple Watch Sport screen is made up of "Ion-X" glass, which is essentially a hardened glass similar to the Corning Gorilla Glass found on many smartphones. While the stainless-steel Apple Watch and gold Apple Watch Edition models have screen made up of sapphire, a super-hard material used on high-end watches from manufacturers such as Rolex and Breitling.

The sapphire crystal performed as expected, which is to say very well. It survived a 9-rated pick from our kit. The Apple Watch Sport made it up to a 7-rated pick without damage, but was scratched by an 8-rated pick.

So the face of the Apple Watch is definitely harder than that of the Apple Watch Sport. But the performance of the hardened glass of the Sport model is pretty impressive as well. An 8 on the Mohs scale is equivalent to topaz, just one step below sapphire, and it means that it takes quite an abrasive material to scratch Apple's glass. (We also tried a completely unscientific attempt on the Sport model with a steel key, and it didn't scratch the glass).

Consumer Reports also did some heart rate sensor and step counting tests and so far found the Apple Watch sensors accurate. They also submerged the Apple Watch in water for 30 minutes in simulated 3 feet of water, which matches up against its rating and found it waterproof.

From all of the tests, both scientific and not so scientific, Apple Watch seems to be passing with excellence.