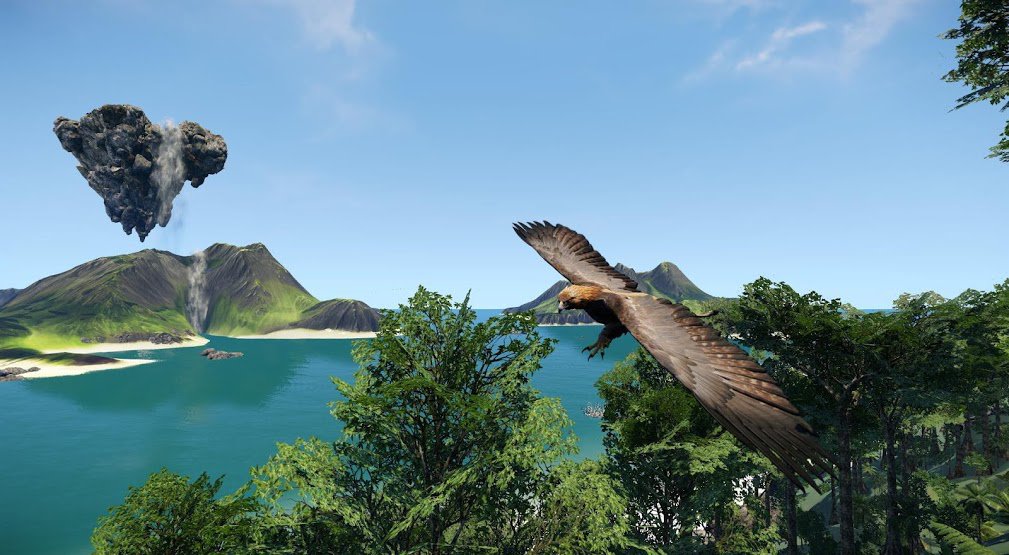 Wander is an unconventional, combat-less MMO that's currently in beta on PC and Linux and planned to reach PS4 in March 2015, as announced on the PlayStation Blog.

Rather than the common hunt for loot and quests, Wander focuses on unguided exploration across a cluster of overgrown islands. Players can set out on their own to discover oddities, or work with those they cross paths with to piece together the area's history.

Adventurers begin as walking trees with no memory, but can find and take alternate forms like a winged griffon or the swimming-savvy azertash. While parsing through Wander's rainforest for hidden secrets might feel overwhelming, Siren-like songs will usher players toward secrets that they're close to.

While it seems expansive and mysterious, Writer and Character Designer Crystal Flinn explained that it's possible to get to the "end" of Wander's story. While a price for the PS4 version hasn't been offered, access to the PC and Linux beta is available for $25.