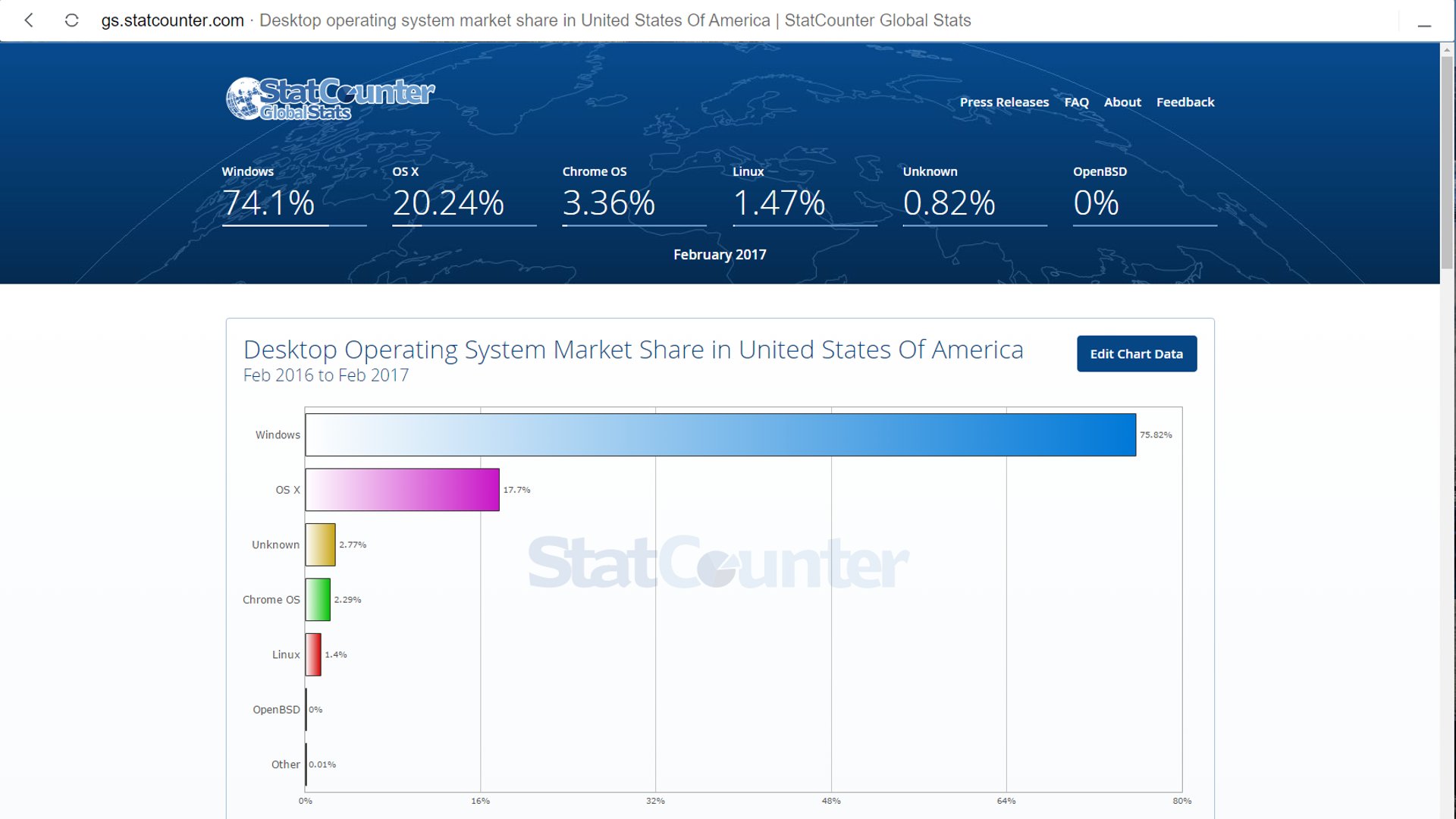 According to StatCounter's desktop OS report for February 2017, Google's Chrome OS has usage at 3.36% in US versus 1.47% for regular desktop Linux. This means, Chrome OS has more than double the market share of traditional desktop Linux in US, at least per StatCounter. The Chrome OS usage includes all the Chromebooks, Chromeboxes and Chromebases.

While Chrome OS and Android are technically Linux spin-offs, many analytics companies choose to count them separately from "traditional" desktop Linux-based operating systems like Ubuntu, Fedora, Arch, etc, which are typically grouped together under the title 'Linux'. In addition, the Chrome OS only available on certified Chrome devices, and identifies itself as Chrome OS, making it easier for analytics firms to count it separately.

Since there are multiple distributions, kernel versions, web browsers, and privacy controls in place to fetch a truly clear picture, tracking other desktop Linux usage is hard.StatCounter says, they analyze more than 15 billion page views per month across 2.5 million websites.

While stats report from different trackers may differ, the changes are not very drastic. This means, more people are browsing the web with a Chromebook. However, Linux enthusiast may do not have to lose heart, as their beloved OS continues to dominate in embedded devices, servers, and super computers.