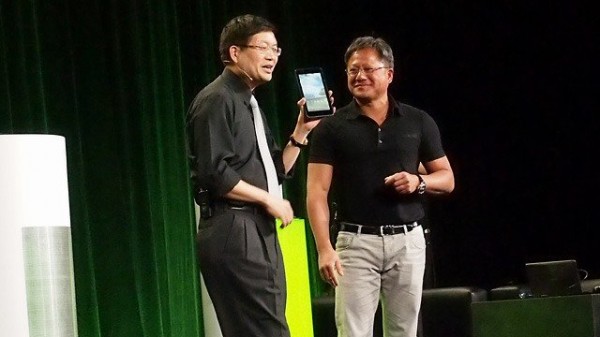 Asus reveals a 7-inch tablet with four-cores, costs you $249. At NVIDIA Press conference in CES, Asus introduced the tablet, the real news came when ASUS CEO Jerry Shen showed off an upcoming 7 inch tablet dubbed the EeePad Memo (pronounced "MEE-moh"), which runs Ice Cream Sandwich on a Tegra 3 processor, has an "incredible" rear-facing camera, and features a "magical" price. That the price? $249. The fragmentation of Android platform has largel;y overcome by Andorid 4.0, according to NVIDIA CEO Huang. He said that ASUS Transformer Prime Tablet running ICS is his favourite tablet and favourite computer. He said that ASUS and NVIDIA engineers working together for weeks to build a version of ICS for the Transformer Prime. Asus CEO Shen, whom Huang credited with creating the modern motherboard market as well as the netbook and transformable tablet form factors, then pulled out an early sample of what Asus is calling the EeePad Memo. The 7 inch, 16:9 widescreen tablet includes a quad-core Tegra 3 processor, the "best" tablet camera, and will ship with Android 4.0.