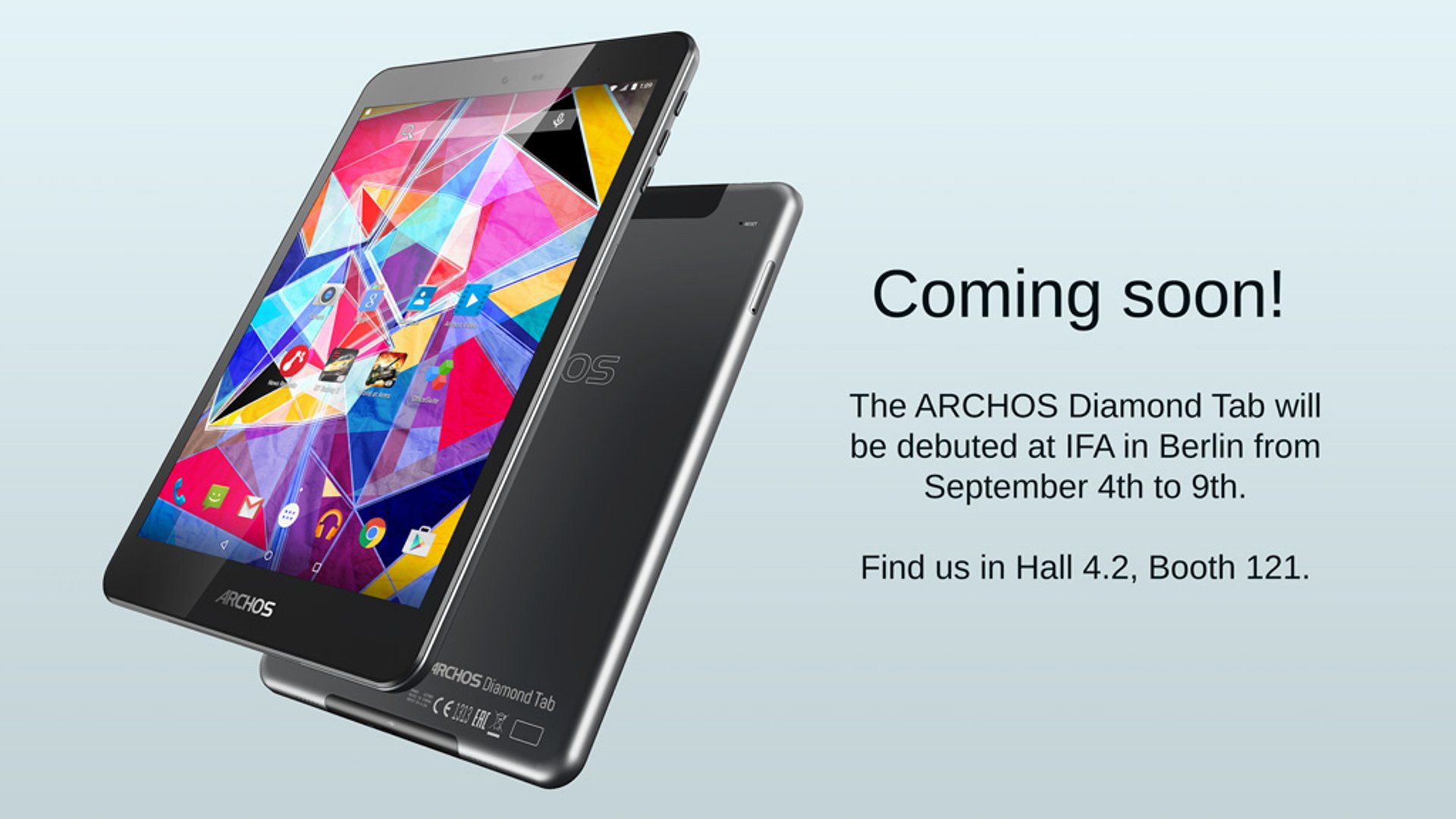 Archos announced that their new Android Tablet, the Archos Diamond Tab and will reveal the tablet at the IFA 2015 happening this week.

The tab will support 4G LTE in supported markets and dual band Wi-Fi as its connectivity option and will run Android 5.1 Lollipop.