Apple has updated its App Store Review Guidelines web page with a new rule that it will reject Watch Apps whose primary function is telling time.

For some strange reasons Apple has decided to keep third party watch faces from its Apple Watch devices and rejects apps that only tell time. Developers of Apple Watch apps noticed a new rule in the App Store Guidelines web pages that simply says, "Watch Apps whose primary function is telling time will be rejected". This new rule was under User Interface guidelines. 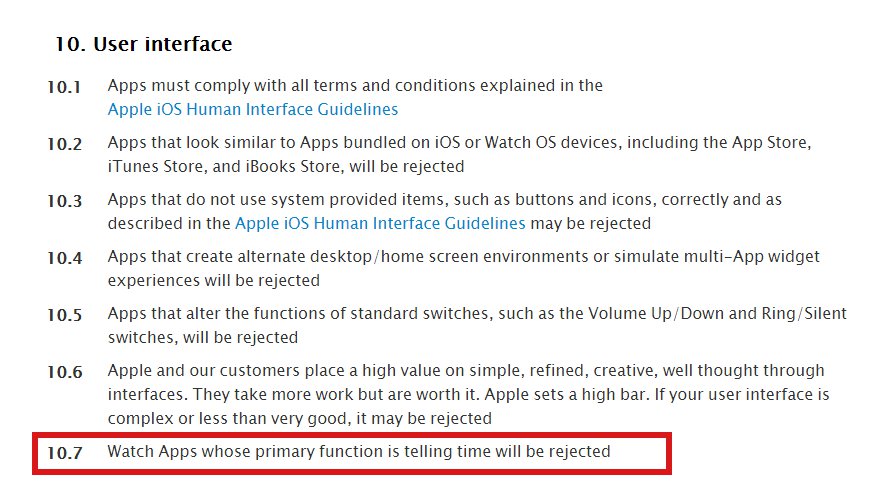 With this new guideline Apple, officially bans third party watch faces and users are limited to the choice of ten faces that comes pre-installed. Users can customize the pre-installed faces with different features and complications (info panels). It seems Apple might be considering more faces to its Apple Watch in future updates. However, it will be nice to have ability to use third party faces too.

Apple Watch includes a variety of watch faces, any of which you can customize to suit you. Check frequently for software updates; the set of watch faces that follows might differ from what you see on your Apple Watch.

Given we are talking about a company that bans apps for mentioning competing platforms; this new rule will not surprise many. Controlling Apple Watch faces may make sense to Apple given how crucial design is to its branding, but for users who wants more options this is a disappointing news.