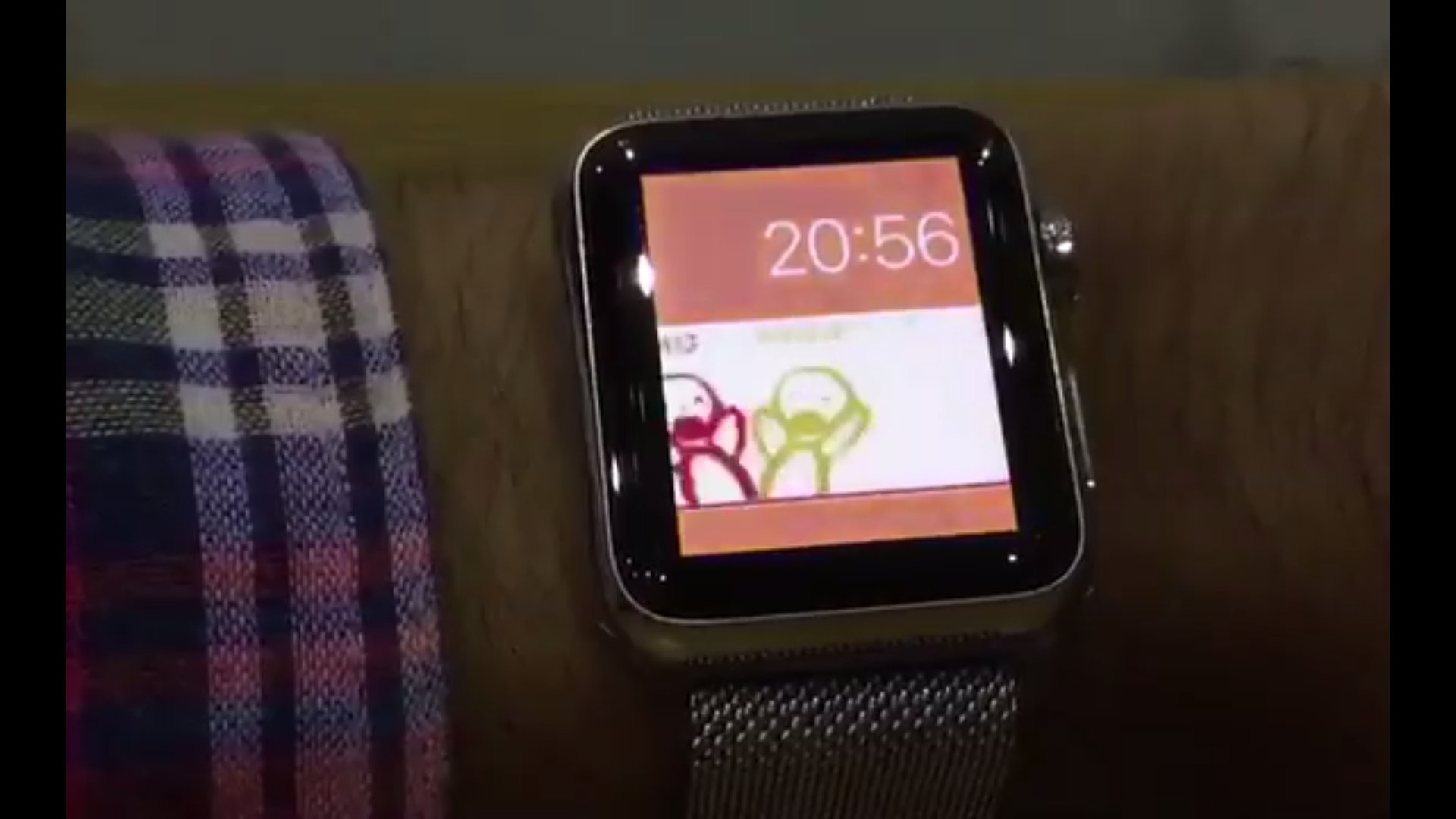 Apple has the Apple Watch relatively locked down, in an effort to maintain control over the general look of the device, but that has not stopped people from tinkering with the Apple Watch.

Hamza Sood, who is well known for digging into Apple code, said he was able to roll his own watch face source code, complete with customizable color schemes, up and running on his Apple Watch after some "haxx." He also posted a video highlighting what a custom watch face looks like on the smartwatch, including animations and multiple color options.

Sood has posted the source code to GitHub for those that want to get a chance at it, and it requires installing watchOS 2.0 beta on Apple Watch. The developer was able to integrate his custom watch faces into watchOS, allowing them to be seamlessly chosen from the first-party interface. The tweak also takes advantage of the Digital Crown, allowing him to change the color of the watch face by moving the crown, similar to how many of Apple's own watch faces work.

After some haxx... Custom watch faces on Apple Watch!

The lack of support for custom watch faces on Apple Watch has been one of the long running complaints regarding the device since its launch earlier this year. It is not clear if Apple has plans to allow third-party developers to create watch faces for the Apple Watch in the future, but for now, we have to rely on hacks such these to install third party Watch faces.

Apple is expected to launch watchOS 2 this fall with a slew of new features including support for native third-party apps and complications, a nightstand mode, enhanced Siri functionality and Activation Lock, among others.