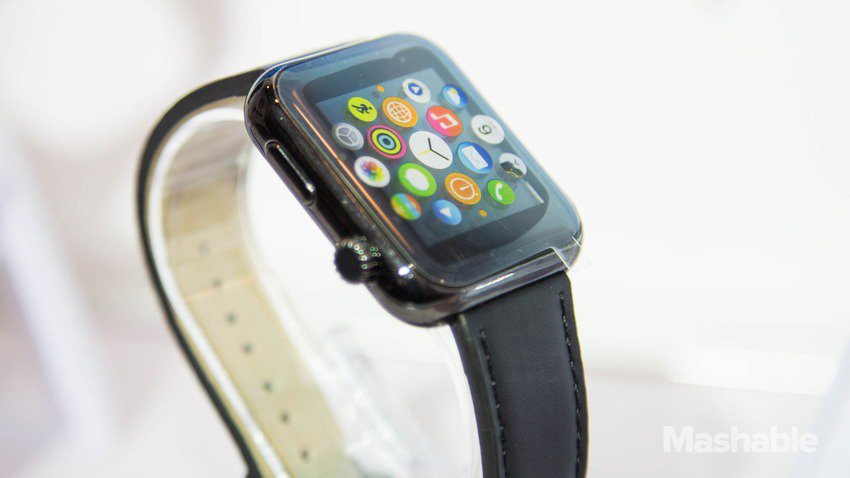 According to Mashable, one of its journalists stumbled upon Shenzhen-based Hyperdon displaying and selling fake Apple Watches in one of the smaller halls at the tech show.

Officially called "Smart Watch", the wearable looks like the Apple Watch with a crown at the side and a similar-looking interface. "The watch's screen only displays when it's turned on, and many of its icons are blatant ripoffs of Apple designs. The pairing process took a few tries, but once connected to my iPhone 6, I was able to make phone calls and play music through the watch. It even vibrates when I get a call," wrote the reporter.

Mashable also reported that the Smart Watch has features such as a pedometer, stopwatch, alarm, and an "Anti-lost" function that the reporter has yet to figure out. It is also able to receive notifications from WeChat and other third party apps. A Hyperdon staff reportedly told Mashable that the battery life of the Smart Watch is 180 hours.

The device was quoted a wholesale price of $27 and retail price of $30.