Apple, Intel Working On Smartwatch For 2013 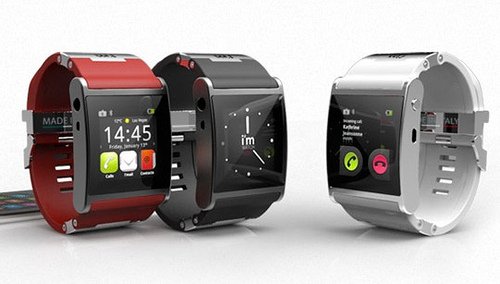 The latest rumor is the sources based in China said that Apple is working on releasing a Smartwatch. According to a report from TGbus; the Bluetooth-enabled Smartwatch features a 1.5-inch touchscreen display and works directly with iPhone, it allows users to make phone calls and perform other operations from their wrist watch. Another source reportedly said the watch is supposedly a joint project between Apple and Intel.

Apple decided to update the iPod nano with a totally new design, one that instantly rendered obsolete iPod nano accessories that essentially turn the device into a kind of smartwatch. When Apple inexplicably changed the design of the iPod nano to a form factor that many agree is something of a step backward, market speculation immediately focused on the notion that Apple might be attempting to displace would-be smartwatch competitors, and thus clear the table for its own, forthcoming smartwatch.

The most anticipated Pebble smartwatch; the company upstart is famously listed as the most successful Kick-starter project ever, raising over $10 million during its brief fund raising program. One other piece of related Apple news to consider is the company's recent deal with the Swiss Federal Railway. After the launch of iOS 6, the Swiss organization claimed that Apple had included its watch face design in the updated iPad operating system, thus violating the organization's trademark. The two parties soon came to an agreement that allowed Apple to license the iconic watch face design. Although terms of the agreement were not confirmed by either company, one Swiss news source claimed that Apple paid about $21 million for the license.

The notion that Apple would pay such a high price for the use of a simple watch face design inside iOS 6 that could have easily been changed raised quite a few eyebrows. But that move also serves as yet another hint that Apple may have bigger plans for that watch face design beyond using it as a mere component of iOS 6.

There is no direct indication from Apple that its developing a smartwatch, but it would be a good idea. The Pebble team has continued to give regular updates on its development; the watch has yet to begin shipping.