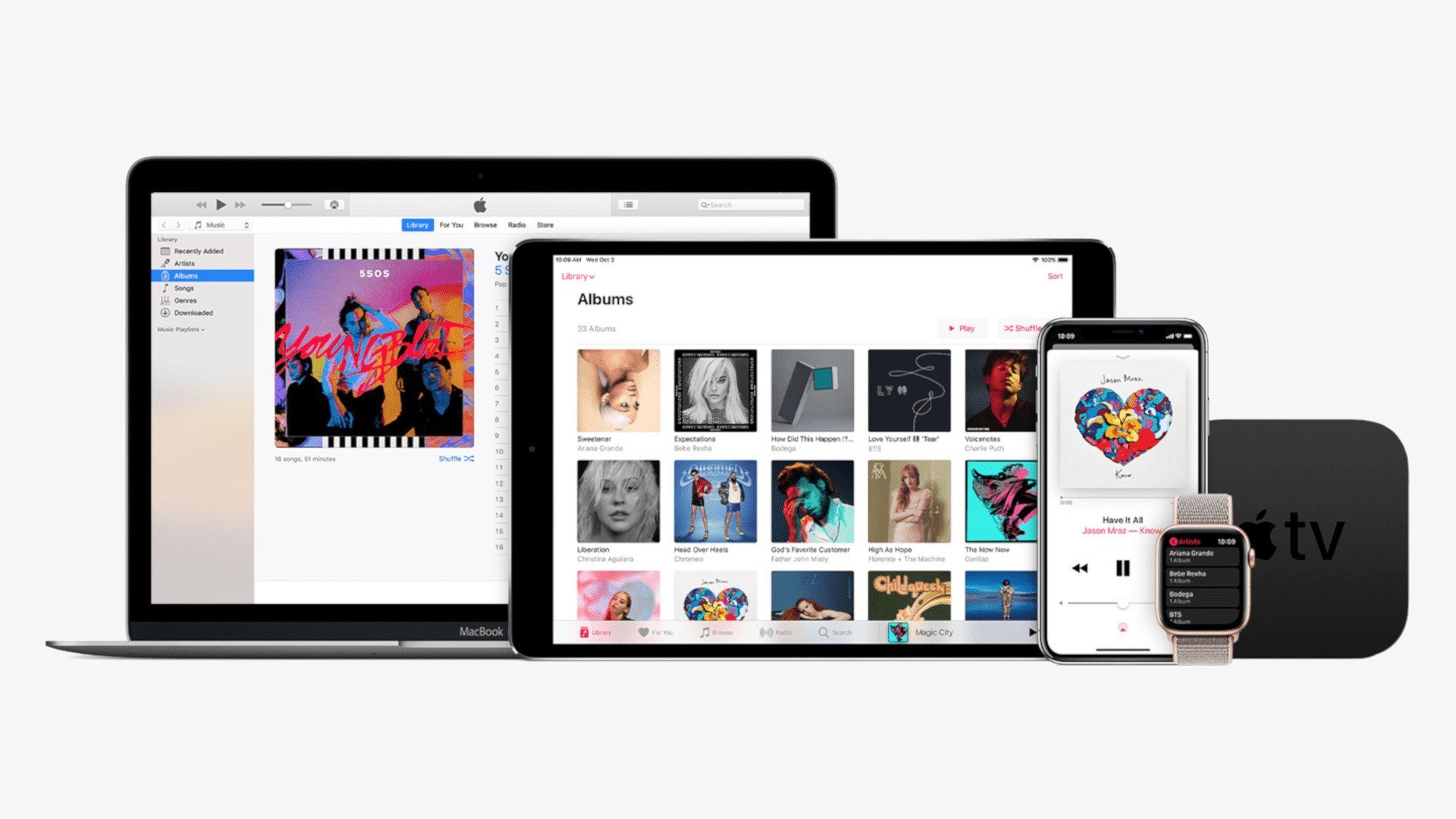 Today, Apple has released iOS 12.3, watchOS 5.2.1, macOS 10.14.5 and tvOS 12.3 with the new TV app that was announced at the company's March event to everyone. As indicated by the version number, watchOS 5.2.1 includes only fixes, but the rest of them add some functionality. The third-generation Apple TV 3 is also getting a new 7.3 software version.

The iOS 12.3 update allows users to use AirPlay 2 to play content on Samsung smart TVs, with support for TVs from Vizio, LG, and Sony coming later on this year. Additionally, iOS 12.3 brings many bug fixes and improves functionality in Apple News+, Apple Music, Apple TV Remote, and CarPlay.

Both iOS 12.3 and tvOS 12.3 include the new TV app. The update to Apple TV includes support for Channels, meaning that you can now subscribe to services directly through the app. These include services like HBO, Starz, Showtime, Smithsonian Channel, EPIX, Tastemade, MTV Hits, and more. You will also get personalized recommendations of shows and movies from more than 150 video apps and streaming services and over 100,000 iTunes movies and TV shows, including "the largest collection of 4K HDR titles".

The TV app is available in over 100 countries, all you need is a device with iOS 12.3 or tvOS 12.3 installed. You can also find the app on select Samsung smart TVs starting today. It will come to macOS "this fall".

Apple today is also releasing watchOS 5.2.1. That update will further expand support for the ECG feature and irregular heartbeat notifications of Apple Watch to Poland, Slovakia, the Czech Republic, Croatia, and Iceland. Apple has also released HomePod OS 12.3 today, which includes support for joining "some types of enterprise networks that require unique credentials".

Lastly, Apple is releasing macOS 10.14.5, which focuses primarily on bug fixes and performance improvements. The Mac will not gain its own TV application until later this year with macOS 10.15.

Apple released iOS 12.3 less than a month ahead of WWDC, where the company is expected to debut iOS 13.