Today, Apple has released the final version of iOS 11.4.1, a minor bugfix release aimed at squashing some lingering bugs in the OS to all iPhone and iPad users. The update comes with various bug fixes and improvements along with the much-awaited USB Restricted Mode.

According to the official change-log, the update brings improvements to the “Find My AirPods” feature and syncing of mail, contacts, and notes with Exchange accounts. The OTA update is already rolling out to all compatible iPhones and iPads.

To download and install the update go to Settings -> General -> Software Update. Optionally, users can also update to iOS 11.4.1 by using a computer with iTunes on a Mac or Windows PC. Eligible devices include the iPhone 5s and later, the iPad mini 2 and later, the iPad Air and later, and the 6th-generation iPod touch.

Although the change-log did not mention it, iOS 11.4.1 also brings the USB Restricted Mode. While it is long rumored that Apple is working on USB Restricted Mode, the feature is first discovered in iOS 12 beta and it is designed to make your iPhone and iPad immune to certain hacking techniques used by law enforcement or other potentially malicious entities to gain access to an iOS device.

With USB Restricted Mode your iPhone will disable all data access over the lightning port if it has not been unlocked within the last hour, making the port charge-only. This effectively gives USB based hacking tools (from either the government or criminals) one hour to break into your phone, making them nearly useless. The update enables USB Restricted Mode by default. 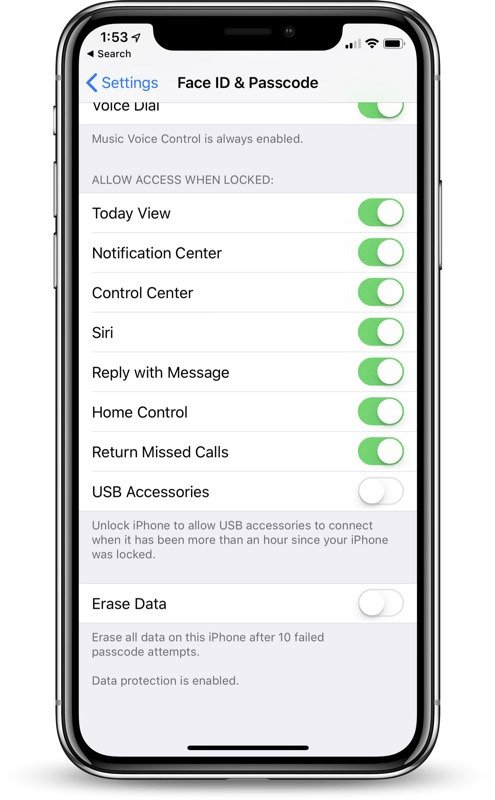 To use this feature, head to Settings > Face ID (or Touch ID) & Passcode and make sure the “USB Accessories” switch is off to make your phone more secure. If you want USB connections to be able to send or receive data to your phone even if you have not unlocked it within the last hour, flip the switch on.

Apple did not say anything specifically about the battery draining issue that seems to be affecting a significant number of iOS users, but we will be keeping an eye out for reports as the latest update rolls out.

Have you updated your iPhone or iPad to the latest version? If so, please share your experience in the comments and do not forget to subscribe for more updates.