A recent benchmark report claims that Apple iPad Mini 4 will feature a modified A8 processor that is slightly faster than the original chip used in the iPhone 6 and 6 Plus, but slower than the last year's iPad Air 2.

The iPad Mini 4's processor runs at about 1.5 GHz, which is slightly faster than the iPhone 6's processor that runs at 1.4 GHz. 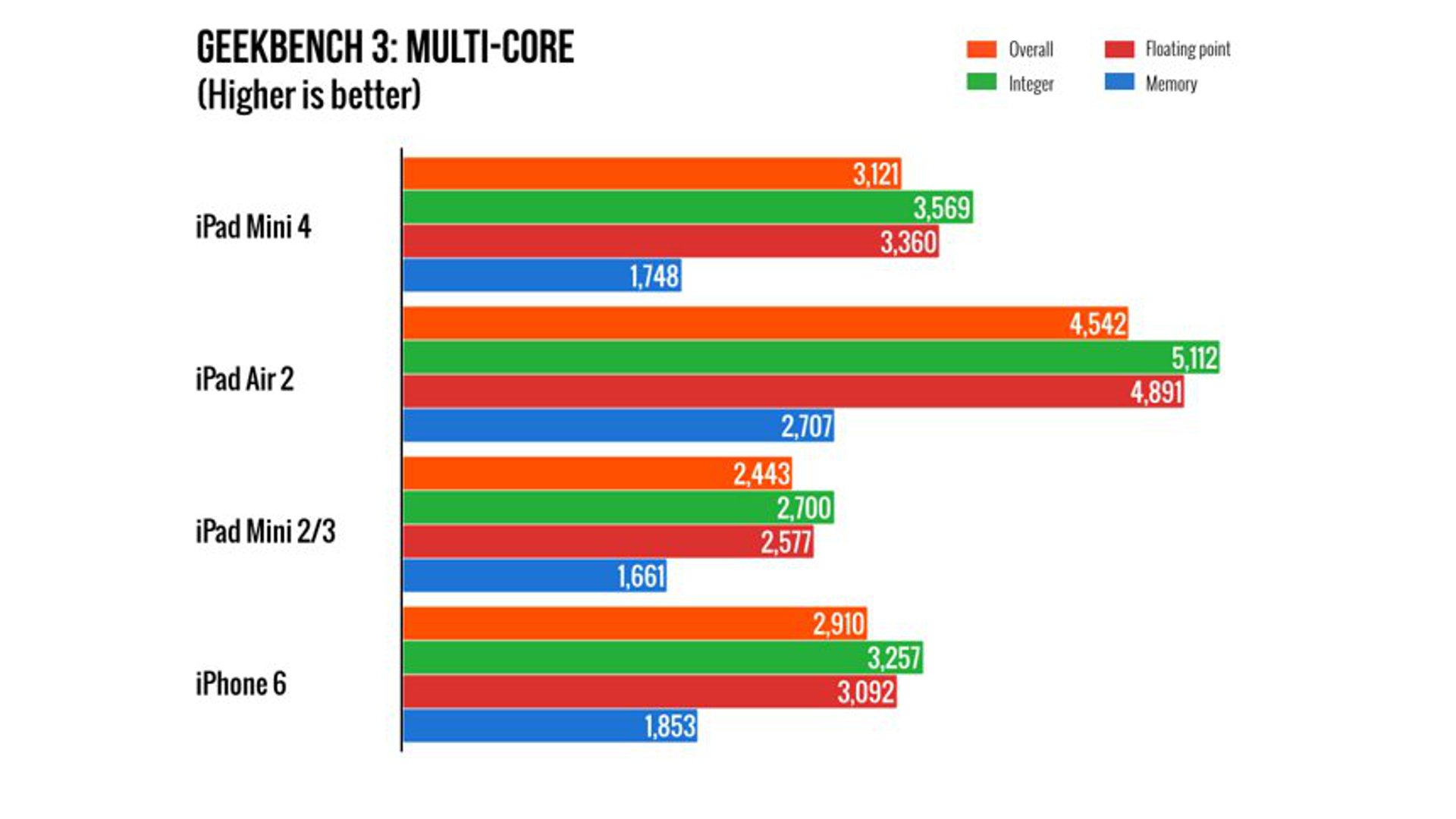 The iPad Mini 4 also benefits from having 2 GB of RAM, which double than the amount in previous iPad Mini and iPhones. The iPad Air 2 also has 2 GB of RAM and a 1.5 GHz processor, but with an additional core, which makes it about 46 percent faster than the Mini 4.

According to Apple, only iPad Air 2, iPad Mini 4 and iPad Pro will be able to take full advantage of the multitasking features via Split View, which is introduced in iOS9. Due to hardware constraints, earlier iPads will only have access to Slide Over and Picture-in-Picture options.

Last week Apple announced iPad Mini 4 at the "hey Siri" event and the device will cost around $399.