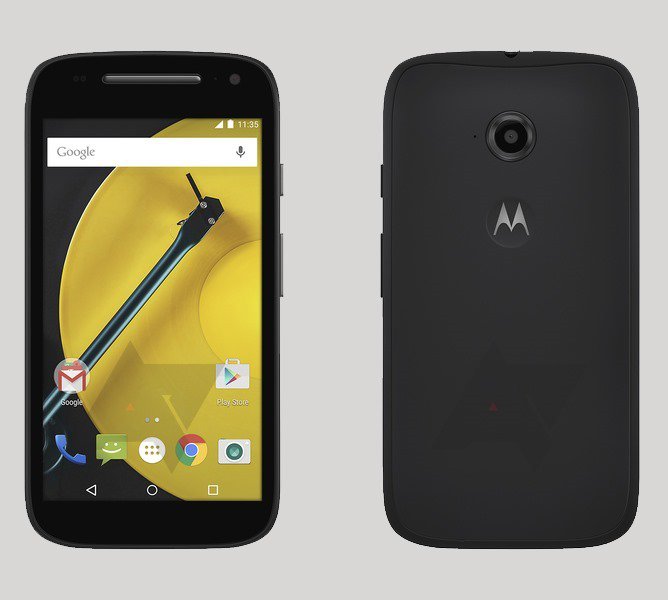 We showed you what was allegedly an image of the second generation of the Motorola Moto E; sometime before. That image seems to be confirmed by a listing on the Best Buy website that is now posted. While the phone cannot be purchased at the moment, the fact that the second generation model is up on the site would seem to tell us that the model should be unveiled shortly.

According to Best Buy, the phone will feature a 4.5-inch TFT display with resolution of 540 x 960. A quad-core 1.2GHz (Snapdragon 400 processor) CPU is under the hood. 1GB of RAM is inside along with 8GB of native storage. A microSD slot is available for those who need additional memory. The rear-facing camera weighs in at 5MP, and the unit comes with 4G LTE connectivity.

The device will be offered for Sprint's pre-paid service, priced at $99. Shipping will be free.