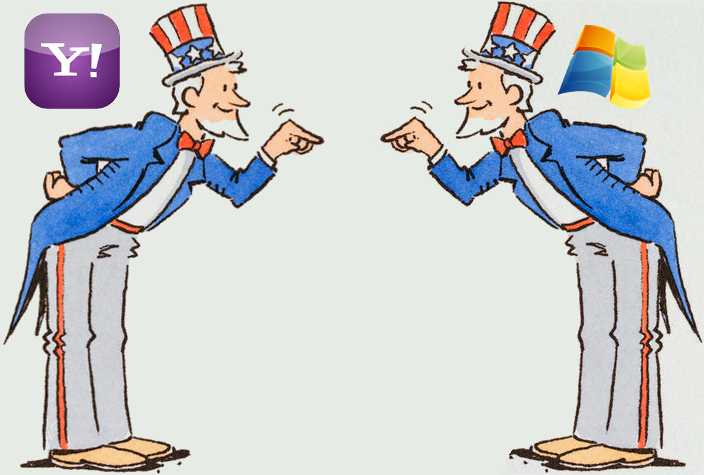 Microsoft and Yahoo have finally put an end to a long silence and started the "point the finger" game, regarding the Windows Phone 7's excessive data usage (about 25% more than normal) causing "Bill Shock" to the user. A Couple of weeks before Microsoft admitted the problem and yesterday pointed Yahoo as the reason.

Microsoft through its official sources revealed this information

We have determined that an inefficiency exists in the synchronization of email between the Windows Phone Mail client and Yahoo! Mail.

This inefficiency can result in larger than expected data usage for a very small percentage of users.

Microsoft and Yahoo! have worked together to identify a fix, which will be rolled out in the coming weeks.

In the meantime, customers can mitigate this issue by following these steps:

This confession came once Rafael Rivera in his blog revealed that Yahoo Mail was sendng 25 time more data than other IMAP base mail providers. Even though the amount of data transferred is negligible per transfer of mail, it soon grows to a considerable amount during the span of a month and reaches hundreds of Megabytes of data, depending on the number of emails fetched and frequency it is checked.

Here is an excerpt from Rafael Rivera's blog

What I discovered was shocking, although not surprising. Yahoos IMAP server (winmo.imap.mail.yahoo.com) does not respond to FETCH requests correctly.

Now, that may not look like much but sandwich the extra bytes with encryption and multiply the size of each chunk by the number of emails in your inbox (or folder)... yeah. Scary.Yahoo is sending ~25 times as much data as it needs to. (This can also be read as: Your phone is downloading ~25 times as much data as it normally would, had you sided with another email provider.)

Yahoo, while working on a fix for it, has pointed its finger back at Microsoft, saying it is due to Microsoft's new implementation of IMAP protocol that causes the issue.

Here is the official statement from Yahoo.

Yahoo! Mail is widely available on tens of millions of mobile phones, including those running on Apple iOS, Android, Nokia Symbian, and RIM. The issue on the Windows Phones is specific to how Microsoft chose to implement IMAP for Yahoo! Mail and does not impact Yahoo! Mail on these other mobile devices. Yahoo! has offered to provide Microsoft a near-term solution for the implementation they chose, and is encouraging Microsoft to change to a standard way of integrating with Yahoo! Mail, which would result in a permanent fix.

With these two giants playing "Point the Finger" game, we (end-users) can mitigate the issue by setting any Yahoo accounts to check for mail only manually.