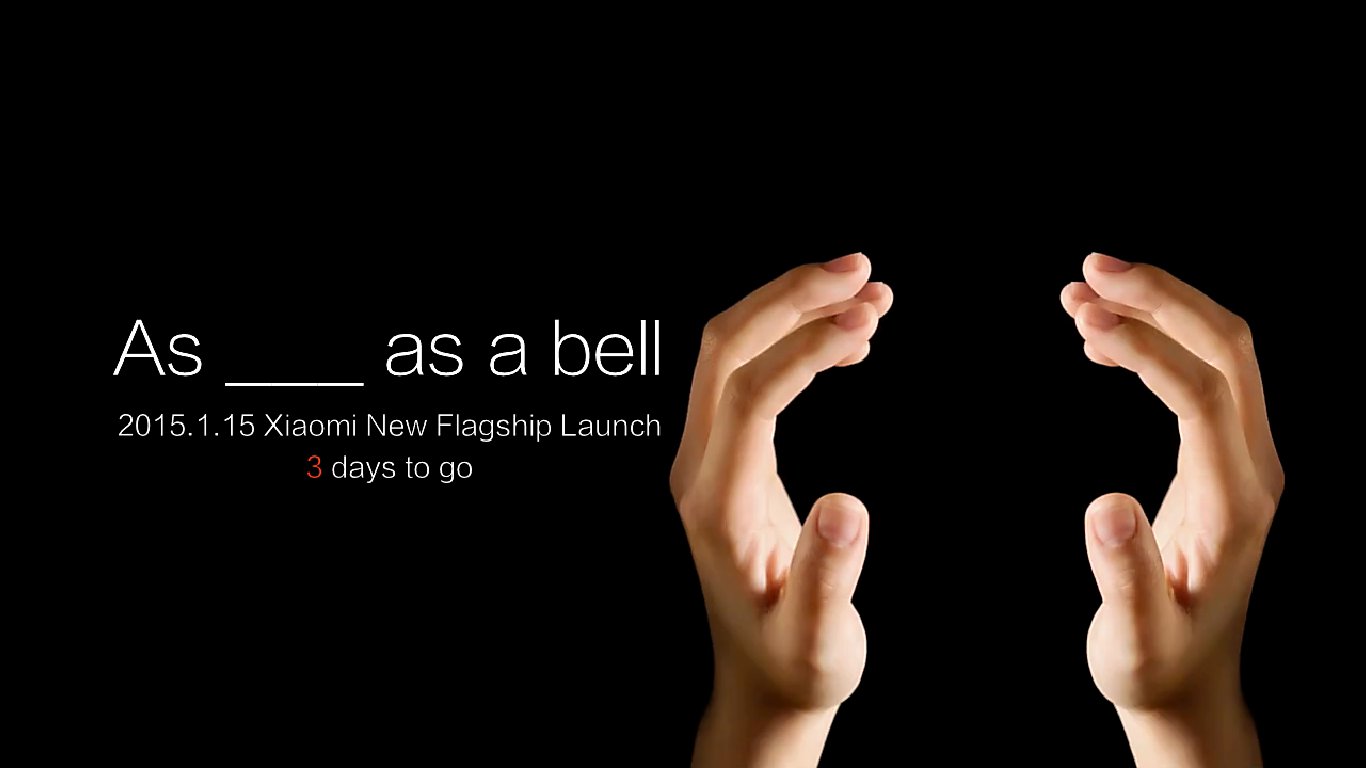 Xiaomi took to Facebook to tease its upcoming flagship smartphone. The companys social media team released a short video full of hints about the soon to be launched handset.

As you can see in the source link below, the short clip consists of sentences with missing adjectives which should be filled by the viewers. We reckon that the missing words are 'thin,' 'bigger,' and 'curved.'

Past leaks have suggested that the next Xiaomi flagship will be ultra-thin. Rumored specs for the device include Qualcomm Snapdragon 805 SoC, 3GB of RAM, and QHD display. The Chinese manufacturer will reveal the successor of Xiaomi Mi4 in less than three days, on January 15.