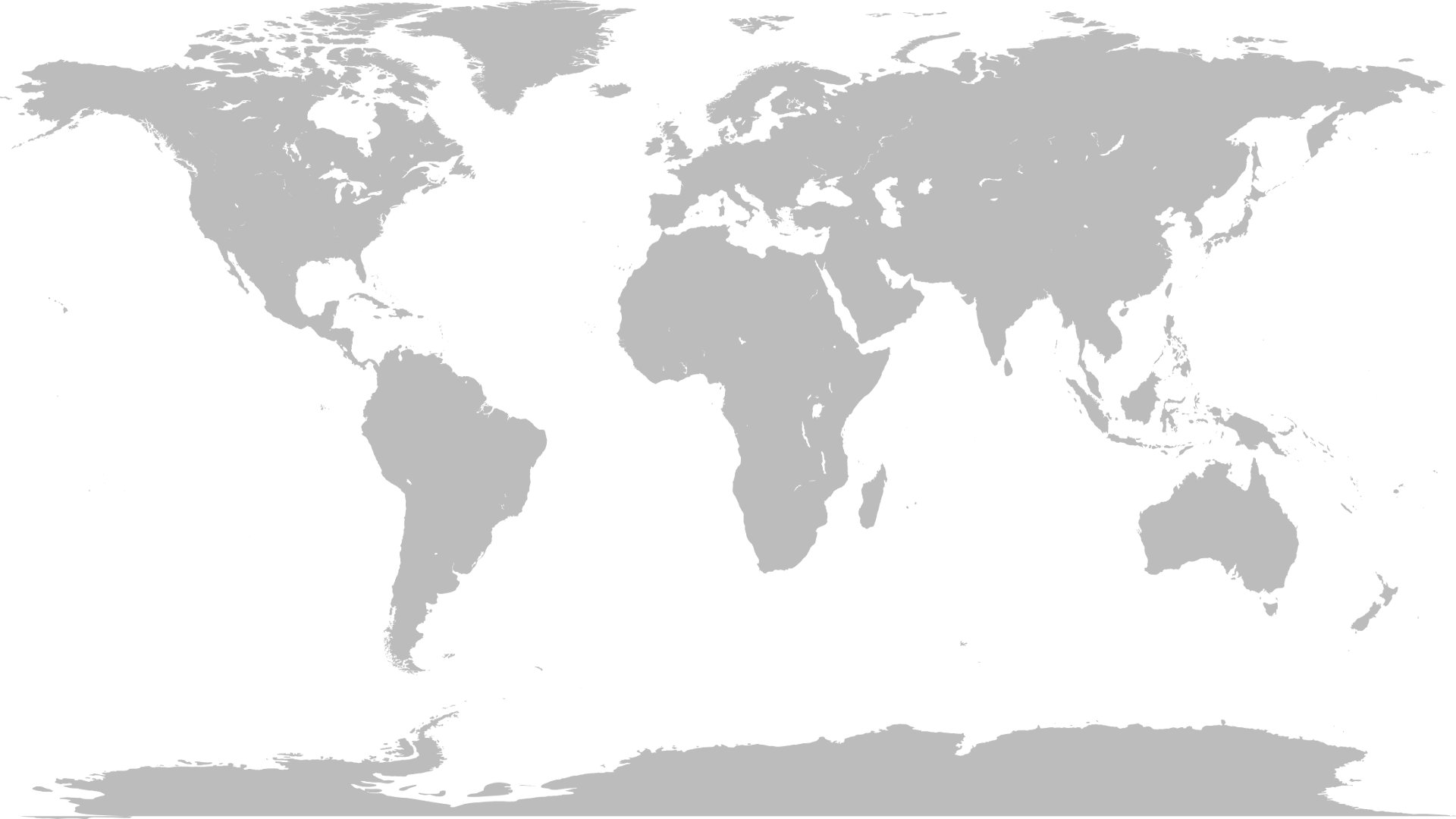 2010 yeas has passed and we are stepping into 2011 with lot of dreams, expectations and hope. This is the year where a single person challenged Amirtica, a year in which the nature showed its destructive powers. A year where we have full solar flight, spain has won the footbal world cup and many more events happened.

Here is the list of world events happened during 2010.

2010 yeas has passed and we are stepping into 2011 with lot of dreams, expectations and hope.

This is the year where a single person challenged Amirtica, a year in which the nature showed its destructive powers. A year where we have full solar flight, spain has won the footbal world cup and many more events happened.

01 - Terrorist sucide bombing attack occurs at a vollyball tournament in north west pakistan where 95 people died, 20 houses destroyed, more than 100 injured
- Spain takes over the Presidency of the Council of the European Union from Sweden.
- Person from Somalia has been arrested by cops for trying to murder a Denmark cartoonist for his cartoon about Nabigal Nayagam

02 - 19 year old Norwegian chess grand master Magnus Carlsen becomes the number one ranked player in the world
- The parts of frist aircraft with single engine to fly to Antartica by Douglas Mawson has been discovered on this day.

03 - Former Peru president Alberto Fujimori was sentenced to 25 years of prison for human rights violation
- Gordon Brown, the British Prime Minister, has said that new full body scanners are to be installed in British airports following a bomb scare on Christmas Day 2009.

04 - Johan Henri Eliza Ferrier, a Surinamese politician who served as the 1st President of Suriname from November 25, 1975 until August 13, 1980 was died at the age 99
- The tallest man-made structure to date, the Burj Khalifa in Dubai, United Arab Emirates, is officially opened.
- Serbia filed a suit against Crotia for genocide

08 - The Togo national football team is involved in an attack in Angola, and as a result withdraws from the Africa Cup of Nations.

15 - The longest annular solar eclipse of the 3rd millennium occurs.

03 - The sculpture L'Homme qui marche I by Alberto Giacometti sells in London for £65 million (US$103.7 million), setting a new world record for a work of art sold at auction.

27 - An 8.8-magnitude earthquake occurs in Chile, triggering a tsunami over the Pacific and killing 497. The earthquake is one of the largest in recorded history.

09 - More than 500 people were killed during the battle in Jos, Nigeria

16 – The Kasubi Tombs, Uganda's only cultural World Heritage Site, are destroyed by fire

23 – The ROKS Cheonan, a South Korean Navy ship carrying 104 personnel, sinks off the country's west coast, killing 46. In May, an independent investigation blames North Korea, which denies the allegations.

10 – The President of Poland, Lech Kaczyński, is among 96 killed when their airplane crashes in western Russia.

14 – Volcanic ash from one of several eruptions beneath Eyjafjallajökull, an ice cap in Iceland, begins to disrupt air traffic across northern and western Europe.

20 – The Deepwater Horizon oil platform explodes in the Gulf of Mexico, killing eleven workers. The resulting oil spill, one of the largest in history, spreads for several months, damaging the waters and the United States coastline, and prompting international debate and doubt about the practice and procedures of offshore drilling.

02 – The Eurozone and the International Monetary Fund agree to a €110 billion bailout package for Greece. The package involves sharp Greek austerity measures.

04 – Nude, Green Leaves and Bust by Pablo Picasso sells in New York for US$106.5 million, setting another new world record for a work of art sold at auction.

12 – Afriqiyah Airways Flight 771 crashes at runway at Tripoli International Airport in Libya, killing 103 of the 104 people on board.
- United Kingdon has first coaliation government after 70 years with David William Donald Cameron as Prime Minister

19 – Protests in Bangkok, Thailand ends with a bloody military crackdown, killing 91 and more than 2,100 injured.

20 – Scientists announce that they have created a functional synthetic genome.
– Five paintings worth €100 million are stolen from the Musée d'Art Moderne de la Ville de Paris.

31 – Nine activists are killed in a clash with soldiers when Israeli Navy forces raid and capture a flotilla of ships attempting to break the Gaza blockade.

09 – Ethnic riots in Kyrgyzstan between Kyrgyz and Uzbeks results in the deaths of hundreds.

01 – Belgium takes over the Presidency of the Council of the European Union from Spain.

08 – The first 24-hour flight by a solar powered plane is completed by the Solar Impulse.

25 – Wikileaks, an online publisher of anonymous, covert, and classified material, leaks to the public over 90,000 internal reports about the United States-led involvement in the War in Afghanistan from 2004 to 2010.

29 – Heavy monsoon rains begin to cause widespread flooding in the Khyber-Pakhtunkhwa province of Pakistan. Over 1,600 are killed, and more than one million are displaced by the floods.

29 - Pakistan cricket players involved in spot fixing with Majeet and 7 pakistan players accused including AMir, Asif, Akmal and Butt, they banned to play from one day matches

28 – Seven people are reported to have been killed and around 100 are missing after a landslide in Oaxaca, Mexico.

10 – The Netherlands Antilles are dissolved, with the islands being split up and given a new constitutional status.

13 – Thirty-three miners near Copiapó, Chile, trapped 700 metres underground in a mining accident in San José Mine, are brought back to the surface after surviving for a record 69 days.

22 – The International Space Station surpasses the record for the longest continuous human occupation of space, having been continuously inhabited since November 2, 2000 (3641 days).

23 – In preparation for the Seoul summit, finance ministers of the G-20 agree to reform the International Monetary Fund and shift 6% of the voting shares to developing nations and countries with emerging markets.

25 – An earthquake and consequent tsunami off the coast of Sumatra, Indonesia, kills over 400 people and leave hundreds missing.

26 – ongoing – Repeated eruptions of Mount Merapi in Central Java, Indonesia, have killed at least 240 people and forced hundreds of thousands of residents to evacuate

04 – Aero Caribbean Flight 883 crashes in central Cuba, killing all 68 people on board.

17 – Researchers at CERN trap 38 antihydrogen atoms for a sixth of a second, marking the first time in history that humans have trapped antimatter.

21 – Eurozone countries agree to a rescue package for the Republic of Ireland from the European Financial Stability Facility in response to the country's financial crisis.

23 – North Korea shells Yeonpyeong Island, prompting a military response by South Korea. The incident caused an escalation of tension on the Korean Peninsula and prompted widespread international condemnation. The United Nations declared it to be one of the most serious incidents since the end of the Korean War.

28 – WikiLeaks releases a collection of more than 250,000 American diplomatic cables, including 100,000 marked "secret" or "confidential".

29 – The European Union agree to an €85 billion rescue deal for Ireland from the European Financial Stability Facility, the International Monetary Fund and bilateral loans from the United Kingdom, Denmark and Sweden.

02 – NASA announces the discovery of a new arsenic-based life form in California.

21 – The first total lunar eclipse to occur on the day of the northern winter solstice/southern summer solstice since 1638, takes place