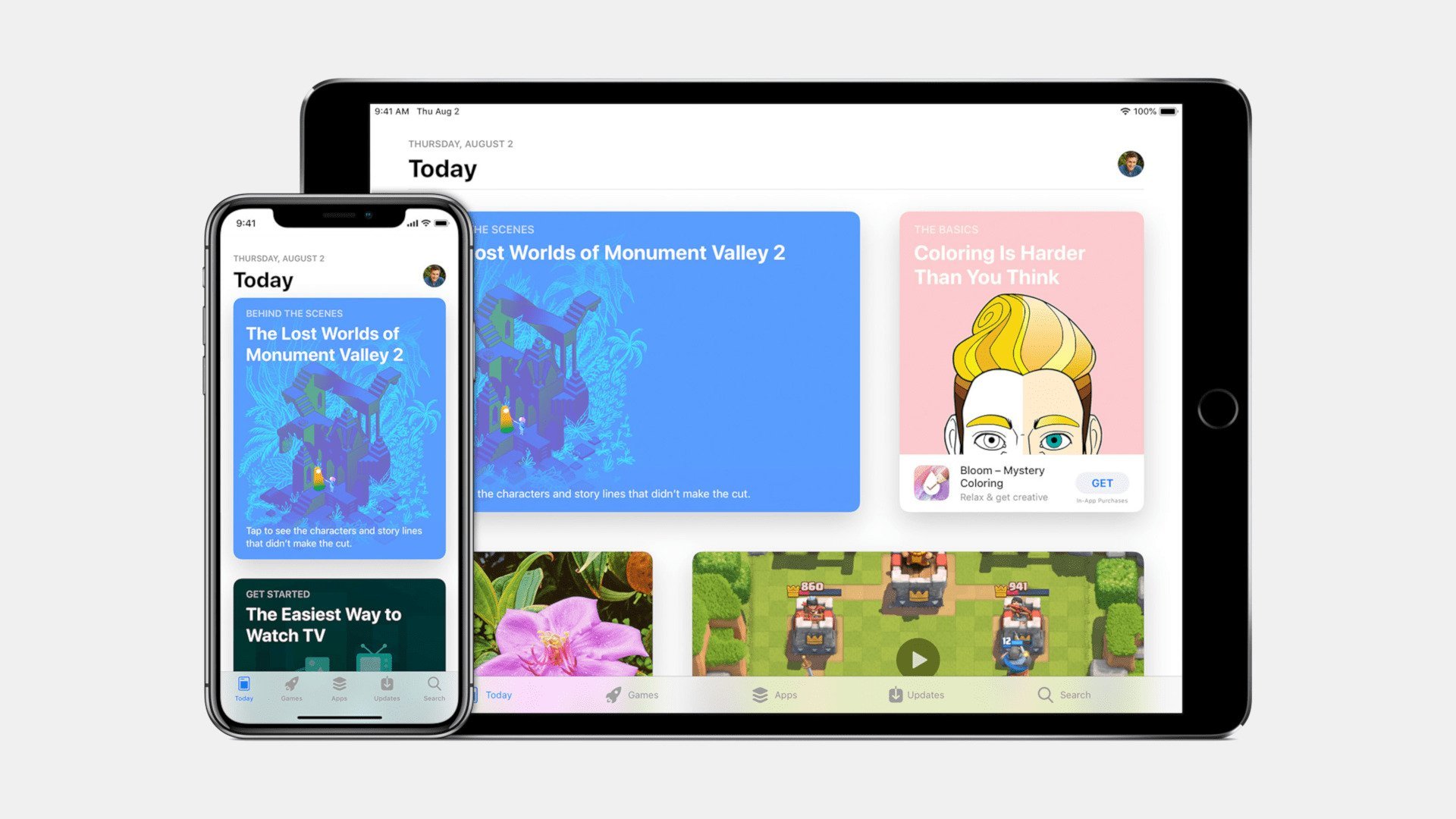 U.S. Supreme Court has ruled that iPhone owners can forward with their class action lawsuit against Apple in an anti-competitive case involving the App Store. The ruling does not mean the App Store is a monopoly or Apple is violating US antitrust laws, instead, it only allows users to sue the company for any App Store anti-competitive practices.

To give some perspective to the case, for those who use Apple's iOS devices the only avenue for distributing and purchasing apps on the platform is through Apple's own App Store, through which the company takes a 30% cut on all purchases. The low market share of iPhones compared to Android devices has largely shielded the company from antitrust fines and lawsuits, like those Google has been receiving lately, but complaints about iOS being a "walled garden" have been present since the first iPhone launched in 2007.

In 2011, a group of iPhone users filed an antitrust lawsuit against Apple. In the complaint, they said that Apple requires developers to sell their apps through the App Store, where the company collects a 30 percent commission from all purchases. This leads to inflated prices as developers pass on the cost of the commission to customers.

In other words, the iPhone users believe that apps would be priced lower outside of the App Store, as Apple's 30 percent cut would not be baked into prices. The lawsuit was initially dismissed in 2013 by a California district court due to errors in the complaint, but the U.S. Court of Appeals for the Ninth Circuit revived the case in 2017. Apple then appealed with the Supreme Court.

A group of iPhone owners has accused Apple of violating US antitrust rules. However, Apple had asked courts to throw out the lawsuit, arguing that the law only allowed app developers, not customers, to bring such a case. The company cited the 1977 case of Illinois Brick Co. v. Illinois, in which the court ruled only direct purchasers of products can file federal antitrust lawsuits.

Those behind the lawsuit say that because payments go to Apple directly, and not the developers, consumers have a direct relationship with the company, and as such that makes this an antitrust case. They also claim that if consumers had other options for apps beyond the App Store, they would pay less for them, while Apple would be under "considerable pressure" to lower its "pure profit" commission rate.

The court ruled 5-4 against Apple, with Justice Brett Kavanaugh authoring the opinion. "Apple's line-drawing does not make a lot of sense, other than as a way to gerrymander Apple out of this and similar lawsuits", he wrote.

From the Supreme Court's ruling: In this case, however, several consumers contend that Apple charges too much for apps. The consumers argue, in particular, that Apple has monopolized the retail market for the sale of apps and has unlawfully used its monopolistic power to charge consumers higher-than-competitive prices.

A claim that a monopolistic retailer (here, Apple) has used its monopoly to overcharge consumers is a classic antitrust claim. But Apple asserts that the consumer plaintiffs, in this case, may not sue Apple because they supposedly were not "direct purchasers" from Apple under our decision in Illinois Brick Co. v. Illinois, 431 U. S. 720.

We disagree. The plaintiffs purchased apps directly from Apple and therefore are direct purchasers under Illinois Brick. At this early pleadings stage of the litigation, we do not assess the merits of the plaintiffs' antitrust claims against Apple, nor do we consider any other defenses Apple might have. We merely hold that the Illinois Brick direct-purchaser rule does not bar these plaintiffs from suing Apple under the antitrust laws. We affirm the judgment of the U. S. Court of Appeals for the Ninth Circuit.

The court agreed with the plaintiffs' assertion that people who buy apps from the App Store are doing so directly from Apple, and as such, they are not prohibited "from suing Apple under the antitrust laws". However, at this stage, the court does not "assess the merits of the plaintiffs' antitrust claims against Apple, nor [does it] consider any other defenses Apple might have".

Apple responded with a statement defending its App Store ecosystem. "The App Store is not a monopoly by any metric", a spokesperson says. "We're proud to have created the safest, most secure and trusted platform for customers and a great business opportunity for all developers around the world".

Today's decision means plaintiffs can proceed with their case in District Court. We're confident we will prevail when the facts are presented and that the App Store is not a monopoly by any metric.

We're proud to have created the safest, most secure and trusted platform for customers and a great business opportunity for all developers around the world. Developers set the price they want to charge for their app and Apple has no role in that. The vast majority of apps on the App Store are free and Apple gets nothing from them. The only instance where Apple shares in revenue are if the developer chooses to sell digital services through the App Store.

Developers have a number of platforms to choose from to deliver their software - from other apps stores to Smart TVs to gaming consoles - and we work hard every day to make our store the best, safest and most competitive in the world.

Once again, today's Supreme Court ruling doesn't decide the larger question of whether Apple actually is abusing its control over the App Store to overcharge customers. However, it allows iPhone users to move forward with their class action lawsuit against the company.