Sony's The Interview Is Now Available On Google Play 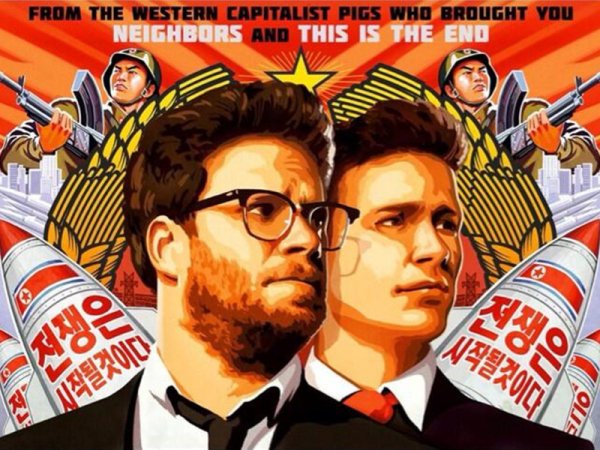 Sony's The Interview Is Now Available On Google Play

The Interview movie is available now from Google, priced at $5.99 to rent and $14.99 to purchase. And if you have an iOS device, you can watch the movie from YouTube where it is being offered at the same prices to rent or buy.

Unless you have had your head in the sand, you know the story behind the movie. Two reporters are asked by the CIA to kill North Korea's leader, Kim Jong-Un. Not happy about the plot, North Korea hacked into Sony's computer files, even revealing some information about product placements for the Sony Xperia Z4 within the next James Bond movie.

After a threat was made against theaters showing the movie, Sony decided to pull it from its release schedule which led to anger in the U.S. Jokes were made at Sony's expense (for example, would Darth Vader angrily force Disney to withdraw the new Star Wars movies?) and some felt that Sony's cowardice insulted the brave men and women of the military who lay their lives on the line, fighting for freedom.

The company quickly arranged to launch the film at a small group of selected theaters, and online. For those who feel safer watching on their smartphone or tablet, you can now go ahead and buy or rent "The Interview" from Google Play or YouTube.