Usually, someone has to hack into a company's not-so-secure systems, to have access to passwords and personal information. However, Motorola managed to put people's info at risk without such malfeasance when it failed to wipe the memory of a batch of refurbished Xooms. The tablets in question were sold by Woot.com between October and December of last year, and Moto is claiming that it made the mistake on only small number of slates.

Motorola Mobility says about 100 Xoom tablet computers that it refurbished for sale on Woot.com may not have been properly wiped of the previous owners' data. 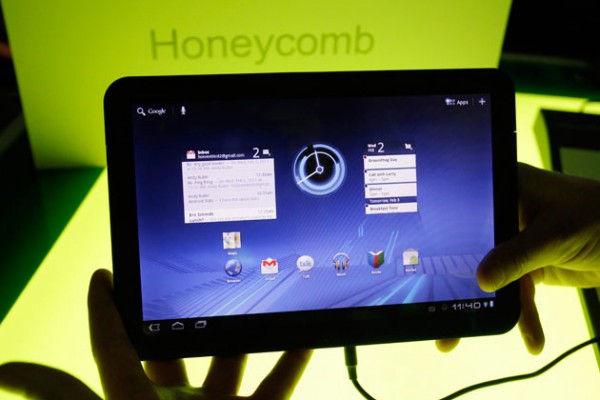 The solution Motorola given to this issue - is offering two years of free credit monitoring to anyone who bought a Xoom tablet from an outlet like Amazon.com Inc., Best Buy Co. Inc., RadioShack Corp., Staples Inc. between March and October, and then returned them.

The stored data could include owners' photographs, documents and login information for email and websites, Motorola Mobility Holdings Inc. says.

The tablets were sold between October and December. Motorola is encouraging buyers to check their website to see if their unit was affected. Click here to check now (https://motorola-global-en-uk.custhelp.com/app/xoom).

LIBERTYVILLE, Ill. Feb. 3, 2012 - Motorola Mobility, Inc. today announced that it has recently learned that approximately 100 out of a batch of 6,200 Motorola XOOM Wi-Fi tablets that were refurbished by Motorola Mobility may not have been completely cleared of the original owner's data prior to resale. The affected tablets were resold by Woot.com between October and December 2011. While this matter likely affects only a small number of refurbished units, Motorola has a strong commitment to its consumers, and is proactively responding to mitigate any risk to its customers. Motorola has confirmed that any refurbished units sold outside the time period in question were properly refurbished.

The information that may be accessible to the purchasers of the impacted refurbished tablets may include any information that the original user elected to store on the tablet. It is possible that users might have stored photographs and documents. They may have also stored user names and passwords for email and social media accounts, as well as other password-protected sites and applications.

Motorola is offering customers who purchased and then returned a Motorola XOOM Wi-Fi tablet to Amazon.com, Best Buy, BJ's Wholesale, eBay, Office Max, Radio Shack, Sam's Club, or Staples and a few other independent retailers between March and October 2011 a complimentary two-year membership of Experian's ProtectMyID Alert to mitigate any risks. Original owners are advised to contact Experian at 1-866-926-9803 to sign up for the credit monitoring service. These original owners are also advised to take precautionary measures to protect their identity, such as changing their email and social media passwords. Original owners who performed a factory data reset prior to returning the device are not impacted.

In conjunction with today's announcement, Motorola is also actively pursuing the return of the impacted refurbished units to ensure that the memory of each device is cleared. Customers who purchased a refurbished Motorola XOOM Wi-Fi tablet from Woot.com between October and December 2011 are encouraged to visit motorola.com/xoomreturn or to call Motorola Mobility Customer Support at 1-800-734-5870, select Option 1, in order to determine if their tablet is affected.

Motorola sincerely regrets and apologizes for any inconvenience this situation has caused the affected customers. Motorola is committed to rigorous data protection practices in order to protect its customers, and will continue to take the necessary steps to achieve this objective.