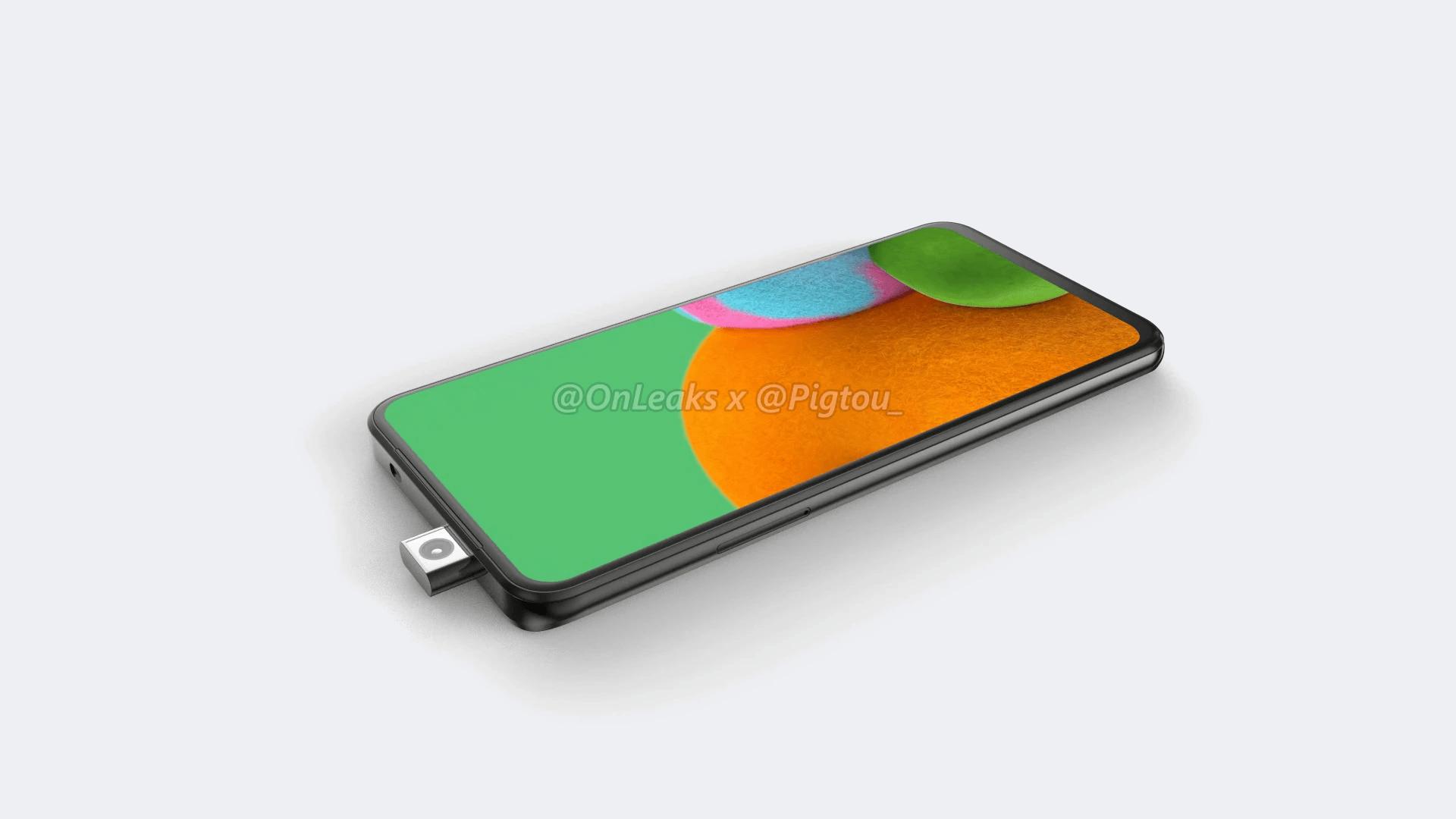 Recently leaked renders of an upcoming Samsung Galaxy A reveals that the company is working on a smartphone with a pop-up front camera. In the past, the company has experimented with notches and even multiple variations of the punch hole design, but so far, the company is yet to embrace the pop-up selfie camera trend. However, the recent leak suggests it is also planning a pop-up camera.

The leaked high resolution renders and 360-degree video of the unannounced Samsung phone show a triple rear camera setup. The pop-up camera is positioned towards the left, helping Samsung achieve a full-screen design that we last saw on the Galaxy A80 which had a lifting-rotating camera module.

Many details are still unknown, although the back makes clear that it is a budget device (probably Galaxy A series) between the conventional fingerprint reader (no under-display tech here) and a conventional-looking trio of rear cameras.

The display will reportedly measure 6.5-inches diagonally, but Samsung appears to have skipped the headphone jack on this phone. Unfortunately, there is no word on other internal specifications, a launch date, or even what this phone will be called. But the presence of a rear-mounted fingerprint sensor suggests it will not be a high-end device.

The upshot of this design is that you do not have any visual disruptions like notches at the top of the screen. The camera is also safely tucked away inside the phone's body for added security when you are not using it. However, it is a moving part that might fail at some point.

It would make no sense for Samsung to launch such a device now when many of the Chinese OEMs that were pushing this tech a couple of years ago have all but given up on it as well. Moreover, the fact that its current screen designs have more or less become widely-accepted, it is rather surprising to hear that Samsung will belatedly jump on the pop-up front camera bandwagon when there is barely anyone left there.

As mentioned earlier, Samsung is yet to announce the development of this smartphone with a pop-up camera. There is a solid chance that this was one of the many concepts that Samsung's design team works on, and not all of them end up seeing the light of day. Anyway, the leak speculates that we are a few months out from an announcement so there is time to gather more info on it.