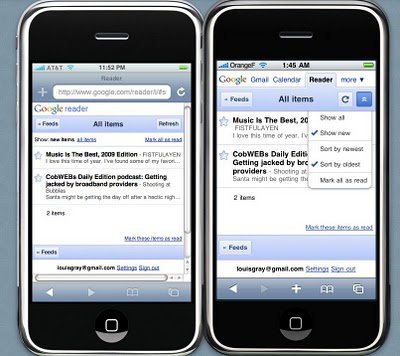 Some Android and iPhones have a problem with running out of memory when many apps are installed. This article tells you how to create bookmarks that provide most of the features of many apps without requiring any extra memory on your phone, even if you have lots of memory on your phone's SD card (or equivalent), the memory used for applications may be separate and far more limited. As an example, we will create a bookmark that is almost equivalent to the Google Reader App but requires only the memory to store the bookmark. (Google Reader is a nice RSS and news tool built into Google.) Follow the simple steps below

Open the browser on your phone.