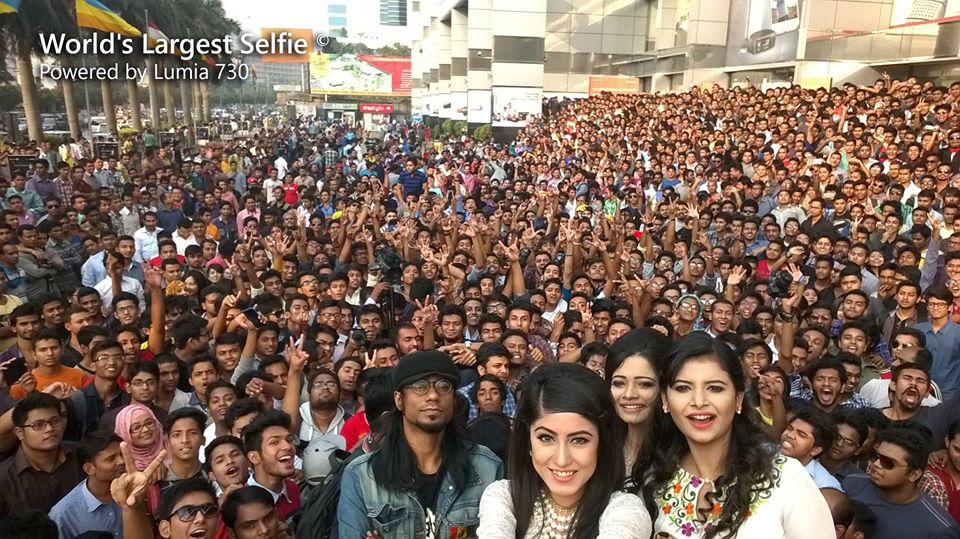 Made for selfies is the official tagline of the Nokia Lumia 730 Dual SIM. To live up to that Microsoft (in partnership with Coca Cola) used its mid-range Windows Phone offering to set a world record for most people captured in a single selfie.

The event was held at the Bashundhara City Shopping Mall today, November 22, where a registration booth had been set up to check in participants and to get an accurate head count for the picture. Participants were entered to win free prizes for taking part in the record attempt, which included the recently-launched Lumia 730 smartphone. The Lumia 730 was specifically selected because of its 5MP front-facing camera, which has earned it the nick-name "the selfie phone".

The result is a group shot of at least 1,151 people captured by the 5MP camera of the Lumia 730. The photo was taken yesterday in Bangladesh, with participants required to sign in to keep track of just how many were there. According to Guiness World Records' own website, no previous record had been entered in regards to most people in a single selfie photo.

Microsoft is still waiting for confirmation from Guinness on this record though. Recently, phone maker Lava attempted to beat the selfie chain record with around 1,000 people snapping selfies in a line using the Iris X5. This record hasn't been confirmed yet either.