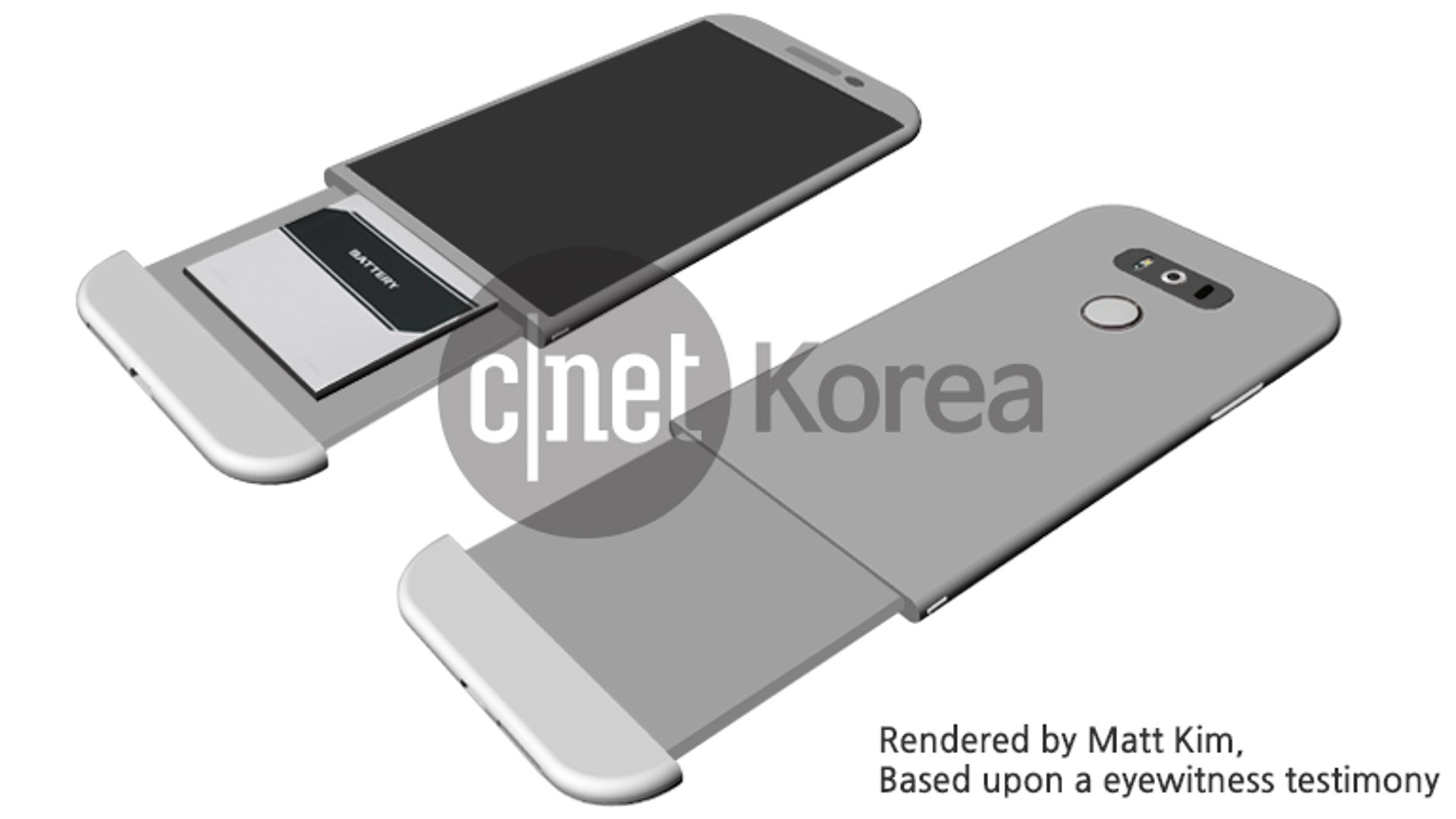 LG is known for making some beautiful and innovative smartphones and if latest rumor is true than LG G5 is a smartphone to look forward.

According to a report from CNet Korea, LG is designing G5 with a full metal body but with a semi-modular design for removing and replacing the battery. The G5 battery can be removed simply by taking out the detachable bottom edge of the phone, as you can see in the concept render below.

Detaching the bottom edge would be achieved by pressing/sliding the two buttons or catches near the bottom edge, on the left and right edges, above the point where the detachable part is joined to the device. This makes it harder to accidentally make the battery pop out of the device while you’re carrying it. This would make taking out the battery easier than it is with most smartphones that have replaceable batteries as you will no longer have to remove the device's back panel.

In addition, LG G5 is rumored to have unibody design and if LG does pull this off, it would be the first unibody smartphone with detachable battery.

While this is still a rumor, it would be interesting if LG goes with it and made an incredible and innovative smartphone. Although it seems unlikely, we will know soon enough what LG has planned when it will likely unveil the G5 at next month's Mobile World Congress.