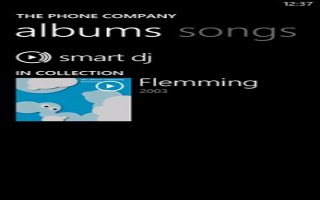 The Company makes some 500 plus changes to the OS some of them are Conversation threads, people groups, enhanced search functionality, Twitter, and LinkedIn Integration, IE9, and the instantly responsive Bing Vision. Some of the new features also include gamut from podcasts to improved playback controls.

Podcasts: Windows Phone users can already listen to them, but this one involves downloading episodes on a PC and then syncing them to their device. There will be podcast option in Music Hub, from which you can listen programs on the spot. You can stream them on the fly, also you can subscribe to a series and control how many episodes you have stored on your device at any given time. Only US customers get this feature at the launch. Microsoft planned imported SmartDJ from ZuneHD, like Genius, crafts a playlist around a given artist, song, or album. You can see it integrated throughout Music Hub. You can pin the list of songs to the Start screen.

Microsoft added auto suggestions to Market place searches; it is organized by content type. It also made a bunch of changes to both the Music and Video Hubs, making the Playback controls; displaying your recent history in a vertical not horizontal pane and expanding the list to 25 times; adding new lock-screen and wallpaper options, enlarging the mini-playback controls. Slew of the tweaks to the Music Player itself, some of them will be bigger playback controls, better artist images, preview, Repeat Once option, full-screen toggle for video, building playlists on the device.