Microsoft And Facebook Are To Build MAREA, An Undersea Cable Across The Atlantic Ocean 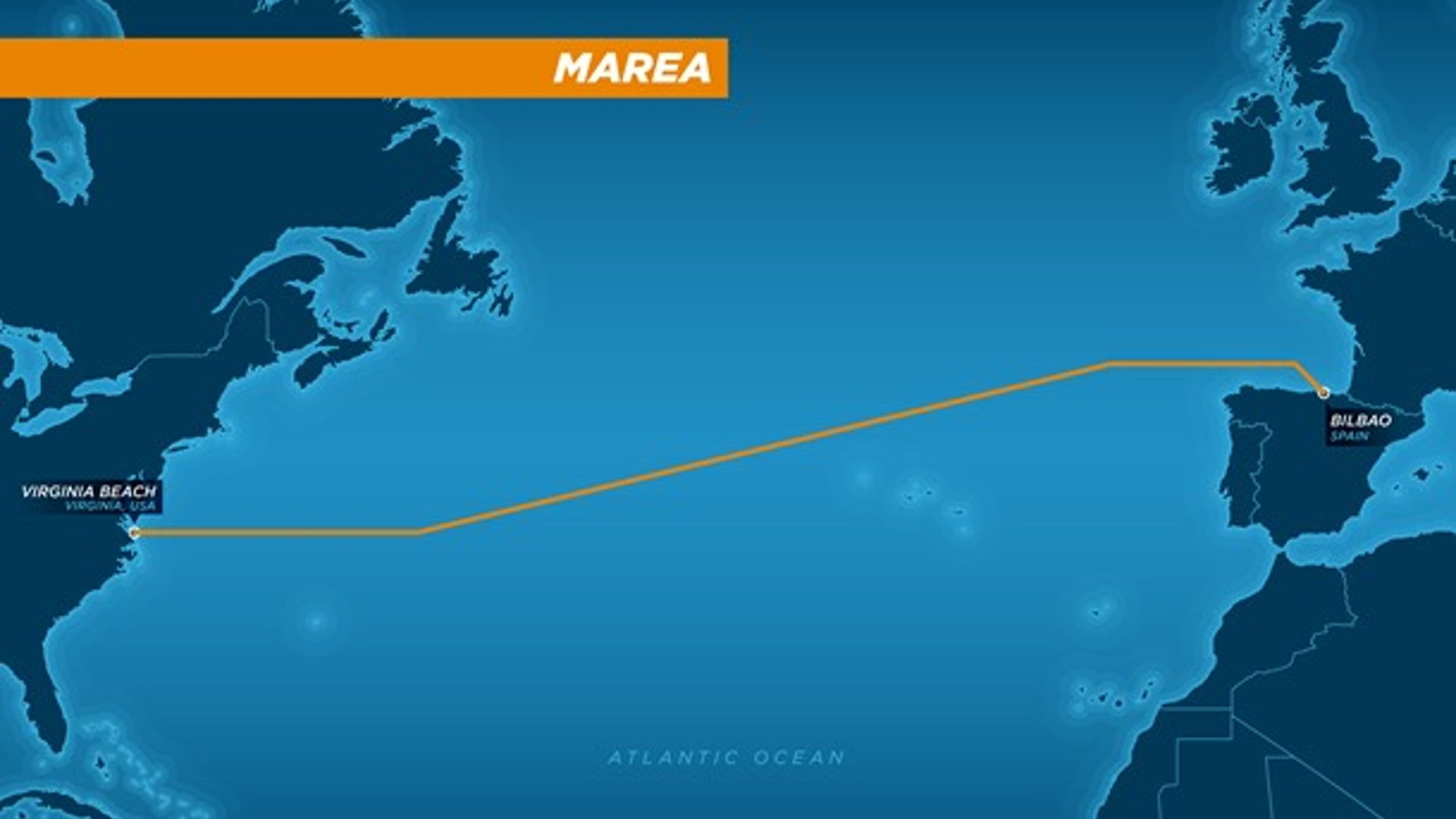 According to a recent report, Microsoft and Facebook are teaming up to build MAREA, an underwater cable that will run across the Atlantic Ocean to provide quality Internet services to the world.

With the increase in number of people connecting to and using the internet, the amount data going through the Interwebs has also increased, mostly thanks to online streaming services like Netflix and YouTube. To solve the growing needs for high speed data transfer, both Microsoft and Facebook has teamed up to build MAREA, an undersea cable across the Atlantic Ocean.

MAREA is certainly an ambitious undertaking and is the highest capacity subsea cable to cross that ocean. The new "MAREA" cable will have eight fiber pairs that will provide an estimated initial capacity of 160 terabits of data per second. The cable will stretch 4,100 miles (6,600 kilometers) from the Virginia, USA to Bilbao, Spain. From there it will break out into network hubs located in Europe, Africa, Middle East, and Asia.

Since MAREA is placed further south than other transatlantic cables, it will be more reliable and resilient, and serves as a backup in case the others get broken. According to Microsoft and Facebook, the MAREA cable has a new open design that will allow it to be interoperable with a variety of networking equipment, resulting in lower costs and easier equipment upgrades for customers.

Both companies have also partnered with Telefonica's new telecommunications infrastructure company named Telxius, which gives Microsoft and Facebook access to Telxius years of experience with such undersea cables. Telxius will also serve as MAREA's operator, selling capacity to interested customers.

MAREA has already been cleared to go Contract-in-Force (CIF) and construction of the cable will start in August 2016 and is expected to be completed in October 2017. The effort comes about two years after Google partnered with five other companies to build a trans-Pacific cable system to connect the West Coast of the US with cities in Japan.